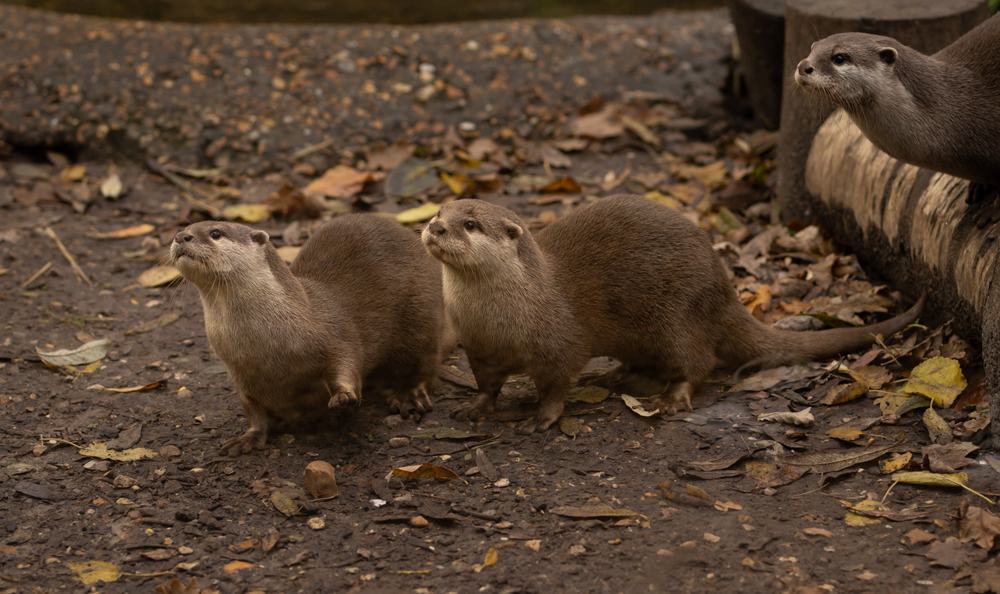 Many of us have seen the adorable images of otters holding hands, as well as those of mother otters floating on their backs while supporting their pups on their stomachs.

But there are plenty of people who question exactly how otters give birth to their young. Do they lay eggs?

In this article, we’ll discuss how otters give birth, how long they’re pregnant, and how they reproduce. We’ll also cover how many babies otters have and what those babies are called.

How Do Otters Give Birth?

Sea otter births take place in the water, while freshwater otter offspring are born on land inside dens.

Baby otters are 100% dependent on their mothers. However, there are some significant differences between freshwater otters and sea otters.

Freshwater otters usually weigh around four and a half ounces at birth. They’re born blind, have no teeth, and can hardly move at all. For the first few weeks of their lives, they spend all of their time sleeping and nursing.

Sea otters weigh much more than freshwater otters when they’re born, usually three to five pounds. They already have open eyes, emerging teeth, and fur, and they’re capable of floating.

Female otters’ milk contains 20% to 25% fat, and baby otters nurse frequently. Freshwater otters are weaned at three and a half months, but sea otters nurse for up to eight months.

Mother otters are very protective of their young. They carry their young on their bellies and spend lots of time grooming them for the first several months of their lives.

When she has to dive into the water to get food, the mother otter wraps her babies in kelp so there’s no chance of them drifting away.

How Do Otters Reproduce?

Male otters reach sexual maturity between the ages of three and six, while females are mature by the time they’re two to four years old.

Even though females can start mating at this time, they usually can’t raise their young successfully until they’re a bit older.

The mating process takes place multiple times over the course of three days. The male otter secures the female otter during this time by holding her nose with his teeth.

Because of this, it’s easy to see whether a female otter has mated. They’re usually left with scars on their noses.

Some types of otters are monogamous and only mate with a single partner, while others are polygamous, meaning that they mate with several partners.

How Long Are Otters Pregnant?

Freshwater otters are pregnant for about two months, and sea otters are usually pregnant for four to nine months. However, many of these months aren’t dedicated to development.

Otters are capable of delayed implantation, meaning that after the female’s egg has been fertilized, it stops developing temporarily.

It simply floats in the uterus for several months. Then it implants in the uterine wall and begins to develop.

Delayed implantation is useful because it guarantees that offspring are born when environmental conditions are ideal for them to survive.

Otters that live in the south can breed year-round, but otters in cooler climates typically have babies in the spring.

How Many Babies Do Otters Have?

Freshwater otters typically have one litter each year, although some have two litters per year. Meanwhile, sea otters can give birth yearly, but it’s normal to see most females have longer intervals between pregnancies.

Sea otters normally give birth to just one baby at a time. Although a small number of sea otter births are multiples, it’s only possible for a mother otter to successfully care for one baby.

What Are Baby Otters Called? 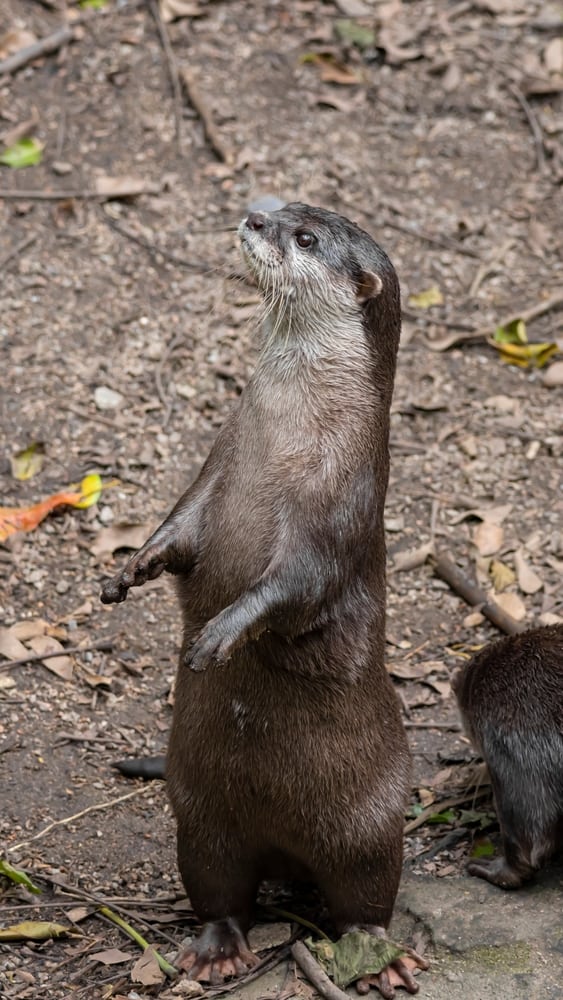 By the time they’re two months old, otter pups have learned to swim. Once they’re one year old, they’re ready to leave the care of their mother and make their own way in the world.

In the wild, otters live for ten to 15 years on average. Otters that live in captivity can have a lifespan of over 20 years!

Female otters give birth to live young, rather than laying eggs. The otter gestation period lasts two months, but otters are capable of delayed implantation.

This means that after an egg is fertilized, it can delay attaching to the uterine wall and beginning to develop until the birth is perfectly timed for optimal environmental conditions, usually in the spring.

Sea otters give birth in the water, while freshwater otters give birth on land in special birthing dens. Both types of otters provide nonstop care to their young for the first several months after they’re born.