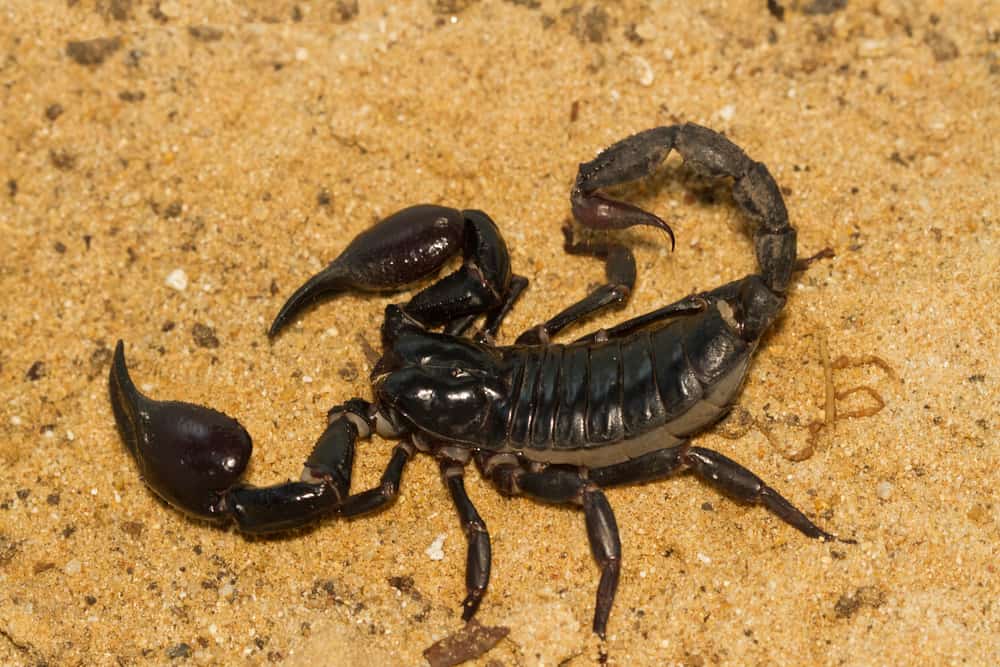 Domestic and international travelers enjoy visiting Texas and soaking in all the state offers. Like its diverse residents, Texas also boasts a diverse population of wildlife – from sharks to cougars to deadly bacteria.

Texas sees millions of visitors each year, making it especially important for individuals to beware of the risks certain animals may present.

Here are eight of the most dangerous animals in Texas.

Brain-eating amoebae are microscopic, single-celled organisms that can cause grim, often fatal brain infections. These organisms prefer warm environments with plenty of soil, like rivers and lakes.

Between 1983 and 2012, the Texas Department of State Health Services recorded 28 fatalities from brain-eating amoebae.

Brain-eating amoebae were detected in the water supply of several Texas cities in 2020, such as Rosenberg, Angleton, Lake Jackson, Brazoria, Freeport, Richwood, Clute, and Oyster Creek.

The deadly bacteria enters the body through contaminated water through the victim’s nose. A condition known as primary amoebic meningoencephalitis (PAM) then occurs.

Though cases of PAM are exceptionally rare, the fatality rate is thought to be close to 100%.

Symptoms of primary amoebic meningoencephalitis can begin anywhere from two to fifteen days after the initial exposure to brain-eating amoebae.

Though treatment for brain-eating amoebae is available, the chance of survival is grim.

Cougars, known as mountain lions or pumas, are prevalent in southern Texas, some areas of Hill Country, and the Trans-Pecos, but have been spotted in every county of Texas.

Though livestock is significantly more vulnerable to a cougar attack than humans are, human fatalities still occur. Since 1980, there have been twenty-five confirmed fatalities in the United States and Canada.

Fortunately, cougars are not generally regarded as aggressive felines, instead, they are thought to be fearful of humans and do not actively prey on them.

However, as cougars continue to lose much of their habitat to mass development, they pose an increased risk to humans. If a cougar is to attack a human, it is likely they mistook this human for prey, such as livestock.

These large cats can severely injure or wound humans due to their size and power. Cougars can weigh close to 150 pounds and be up to nine feet long! Having an animal of this size pounce on you can cause serious injuries.

Cougars have sharp claws that can rip through human skin, resulting in significant blood loss. If not adequately treated by medical professionals, wounds (often puncture wounds) can later become infected.

Fatalities can occur if there is significant blood loss during an attack.

Alligators have a prominent population within several regions of Texas, such as the eastern third – which includes the cities of Tyler, Longview, Marshall, and Henderson. These daunting reptiles typically inhabit swamps, rivers, and marshes.

Alligators enjoy a carnivorous diet but tend to leave humans off their plates. Just one alligator attack has been recorded in Texas.

There is an increased chance of an alligator attacking a human if their environment is disturbed (human entering their water), it is breeding season, or mistaking the human for everyday prey. Even so, alligators are usually timid when it comes to humans.

Nevertheless, alligators can skillfully maim a human in minutes. Alligators can be as long as fourteen feet, and their length, combined with their speeds, allows them to cover ground and quickly reach their prey.

Injuries from an alligator attack essentially form lacerations, scratches, bites, and punctures. They often go for limbs such as hands, arms, legs, and feet.

Due to their razor-sharp set of eighty teeth, these injuries often result in a hefty loss of blood or even loss of a limb.

Another tactic for alligators to annihilate their prey is drowning; alligators may latch onto their prey and drown it while they munch.

If you run into a scorpion in Texas, it is likely a Striped Bark scorpion.

Other common scorpion species in Texas are the Straight-Faced Solifugid scorpion, the Lesser Stripetail scorpion, the Trans-Pecos Smooth Claw scorpion, and the Texas Cave scorpion.

Scorpions can be spotted throughout the state, especially underneath logs or in homes.

Scorpions can pose a danger to humans if they feel threatened. If they are not provoked in any way, it is more likely that a scorpion will shy away from humans. Over one million scorpion stings occur annually.

A scorpion sting will release venom that is neurotoxic to the human body. Mild scorpion sting symptoms include localized pain, redness, and swelling. Additionally, sweating and tremors may begin after a sting.

Severe symptoms, which are quite unlikely, may include mental confusion, arrhythmia, comas, and even organ failure.

Fatalities resulting from a scorpion sting are truly rare. There has not been a recorded fatality in the United States in over fifty years!

See also  Can Otters Breathe Underwater? [No, They Have Lungs]

However, younger children are especially at risk for more severe symptoms following a scorpion sting.

They are primarily detected in the Eastern Third portion of Texas, including Tyler and Henderson. Timber rattlesnakes enjoy residing in forests and woodlands.

Timber rattlesnakes rarely bite humans they come into contact with, but a single strike from one can be dangerous. Fortunately, the snakes prefer to shield themselves from danger by slithering away. They will typically bite as a “Plan B.”

These rattlesnakes are highly venomous and can be transmitted as their lengthy fangs sink into human skin. Their toxic venom can destroy tissue, as well as blood cells. In more severe cases, this can lead to internal hemorrhaging.

The more commonly observed symptoms of a Timber rattlesnake bite are localized, such as pain, redness, and swelling. Additional symptoms of a bite include nausea and vomiting, diarrhea, sweating, and muscle spasms.

Texas is home to a high population of fire ants throughout the state, particularly in areas with warm, moist environments. However, they can still populate in drier areas of Texas.

These pesky ants are capable of great destruction, even costing the state $1 billion in damages annually. Fire ants can sting humans and release solenopsin, a venom.

Though many may cite an encounter with a fire ant as a “bite,” they are stings and no bites! When fire ant comes into contact with their victim, they use their strong jaws to hold them tight.

Once they have a good grip on the skin of their victim, fire ants then transmit their venom through their stinger.

A single sting from a fire ant rarely calls for concern… the real plight is when they attack their victims in large groups. When fire ants attack in a sizeable congregation, their victim can be stung by the hundreds!

Localized pain, redness, swelling, and itchiness (from blisters formed on the skin) are all typical symptoms of a fire ant sting. These itchy blisters generally become full of pus and can take over a week to fade.

More severe symptoms include nausea and vomiting, diarrhea, and difficulty breathing. Fatalities from fire ant stings usually occur due to anaphylaxis, an allergic reaction to the venom.

When one thinks of Texas, sharks rarely come to mind. Bull sharks have high populations in the coastal waters of the state.

What sets bull sharks apart is their ability to inhabit fresh and salt waters. Their adaptability makes them frequently meet humans in the water.

Bull sharks are known for having aggressive demeanors, posing a significant threat to humans that may be sharing their waters. In fact, these sharks are one of the most likely to attack humans.

The International Shark Attack File has recorded 119 confirmed attacks from the bull shark, with 26 resulting in fatalities.

These aggressive sharks are speedy swimmers, meaning they can reach an unlucky human in seconds. Their sharp teeth resemble triangles and can effortlessly tear through human flesh.

Aside from a loss of life or limbs due to an unfortunate encounter with a bull shark, bites may cause substantial blood loss, broken bones, and organ punctures. Some cases may also result in hemorrhagic shock.

The bites from a shark are usually punctures, which need to be carefully attended to in order to decrease the chance of infection. Signs of an infected shark bite are pus, worsening pain, and persistent swelling.

The brown recluse spider is just one of many spiders populating Texas. These venomous spiders prefer to reside in quiet environments such as beneath logs and rocks.

The venom of these spiders is toxic to humans. However, brown recluse spiders typically release an insignificant volume of venom when they bite. The transmission of this venom can result in tissue death and blood vessel destruction.

Brown recluse spiders are especially dangerous to humans because bites are generally not immediately painful. This can make it challenging to be proactive in treating a bite.

Texas wildlife, though alluring, can certainly be dangerous for visitors and residents of the state. Those in the Eastern Third of the state may occasionally spot a cougar, alligator, or timber rattlesnake.

Animals that are more commonly seen throughout the entirety of Texas are scorpions, fire ants, and brown recluse spiders. Wherever you may be in Texas, there is an animal to keep an eye out for!