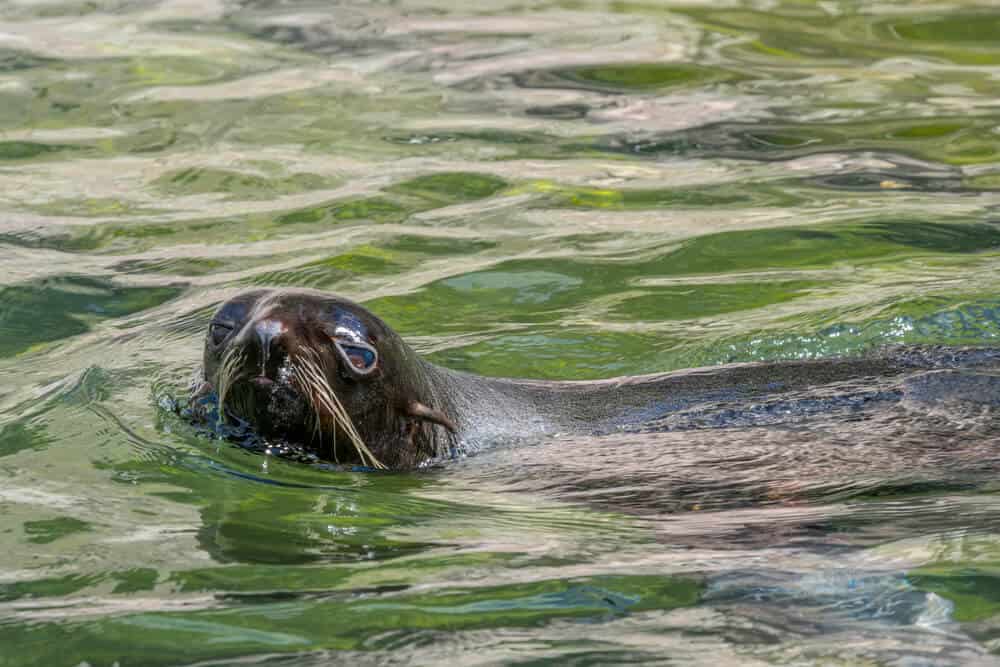 There are 12 species of otters around the world, including three types of river otters, and several subspecies. They are members of the Mustelidae family and the Lutrinae subfamily.

Most otters are small animals with sleek brown fur, sometimes with patches of white or pale gray on their underbelly. They have a layer of special hairs that provides them insulation when they’re swimming.

Their tails often make up a large portion of their total size.

Almost all otters are semiaquatic, spending time on land and in the water. Water is their most common habitat, from rivers to oceans. The sea otter and marine otter are almost entirely marine mammals.

As mammals, they give birth to live young, called pups or kittens, usually having one or two per litter. Otters are intelligent animals and can use tools such as rocks to help them get food.

Otters will sometimes “juggle” these rocks, which makes them appear very playful. They’re very active animals in general, swimming quickly through the water with the help of webs between their toes.

They are also very social animals, depending on the species. They can have specific hierarchies among their colonies, which can contain up to 20 otters each. 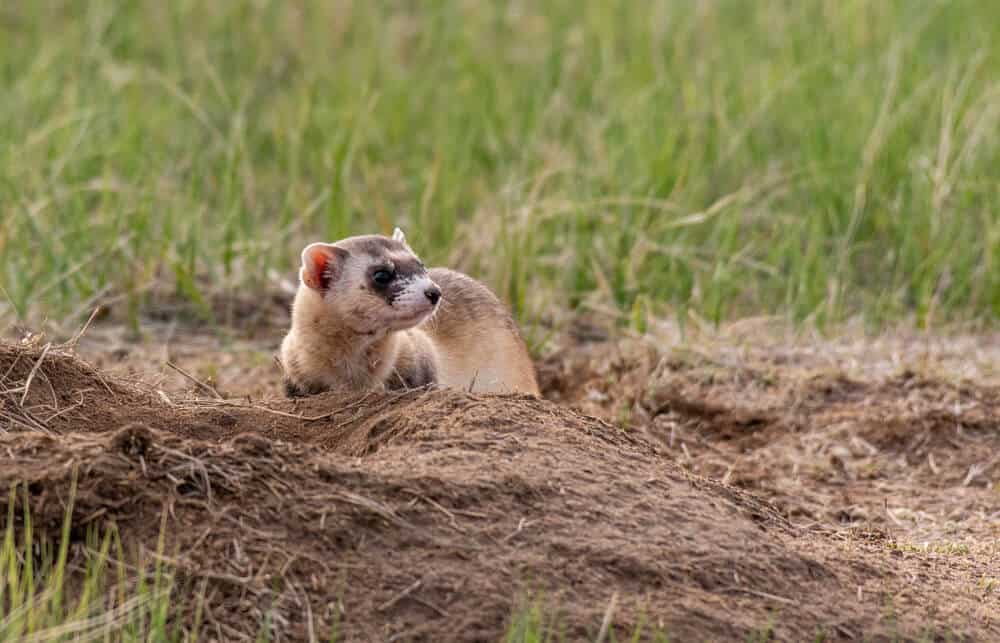 Like otters, ferrets are part of the Mustelidae family, and the two look very similar. Both have the standard long bodies and short legs that embody mustelids.

Black-footed ferrets are also the only ferrets that are native to North America and don’t live anywhere else. Likewise, northern river otters only live in North America. 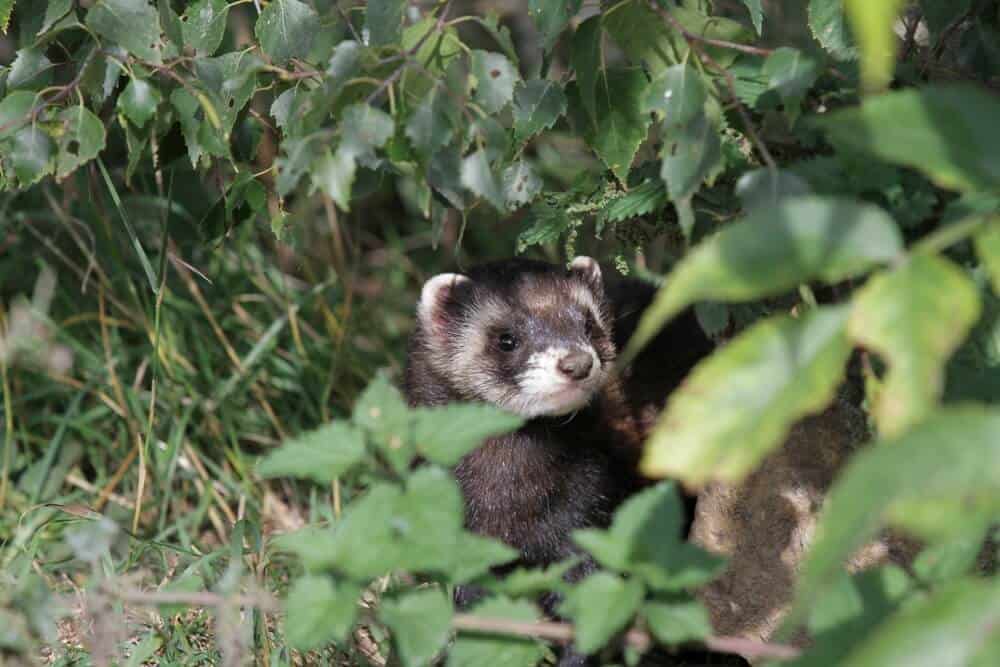 European polecats are another mustelid that shares the same long, tube-like body that otters have. They also have similar coloring, usually brown fur on top with a paler underbelly.

Otters and polecats are also carnivores, like many other mustelids. In the wild, polecats live for an average of ten years.

Otters have about the same lifespan, between about 8-14 years depending on the species. 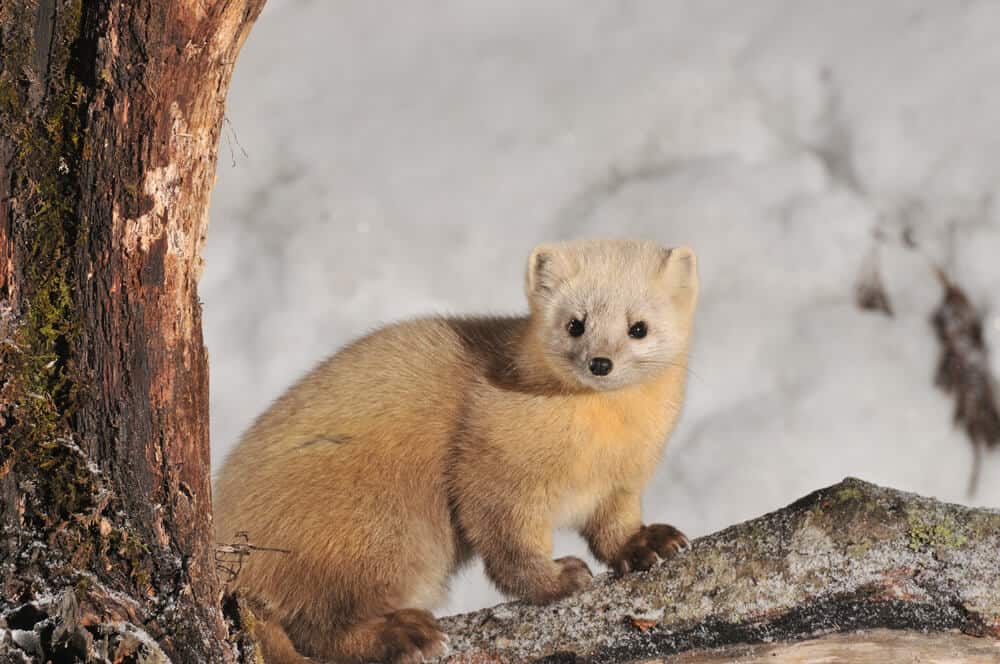 Sables are animals in the Mustelidae family with luxurious, silky fur. Their coloring ranges from light brown to dark brown with a light patch on their throat.

Because their fur is so soft, sables are often farmed or hunted to sell as pelts. Otter pelts were also once a part of the maritime fur trade, sea otters in particular. 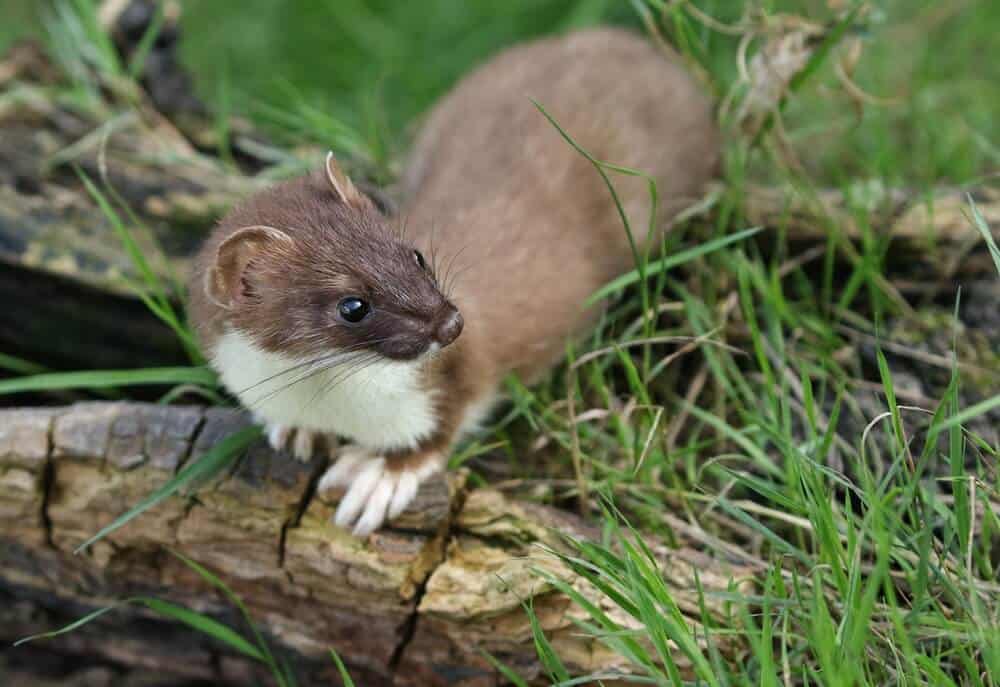 Ermines and otters have very similar young and parenting roles. Their young are born with their eyes closed and are unable to care for themselves.

The babies need their mothers for two to three months. Male ferrets and ermines don’t help raise the young. 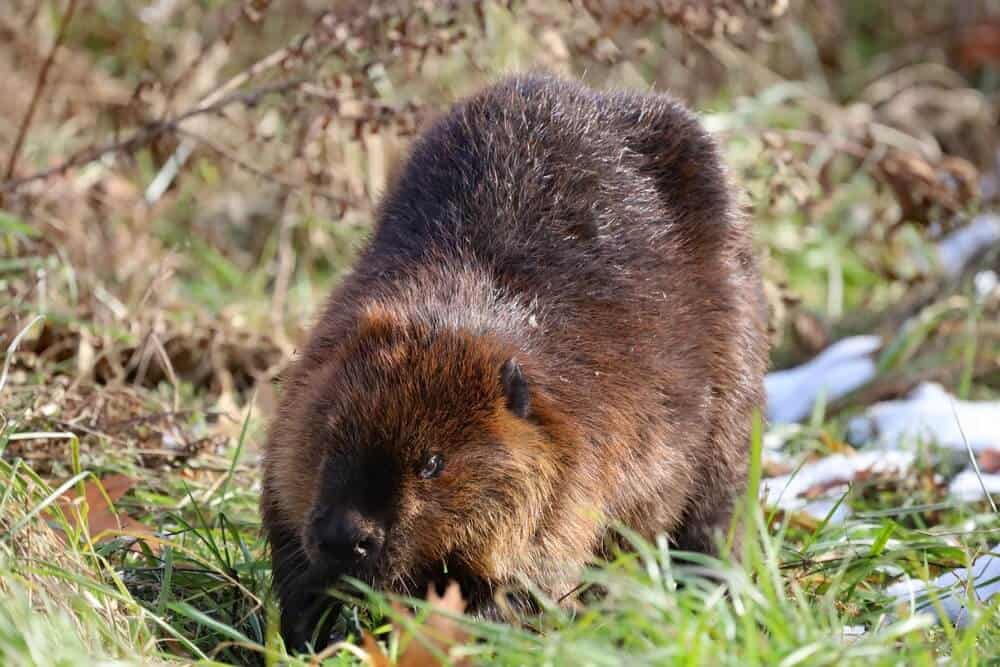 Although beavers and otters are part of different families, they share several similar attributes.

First, they’re both at least semi-aquatic. They spend a large amount of time in the water, but they’re also common on land.

The American beaver is also monogamous, just like the Asian clawless, or small-clawed, otter and the smooth-coated otter. The males and females of these species also play a role in parenting.

Male beavers help protect and feed their young after they’re born. Some male otters also provide food, and they also help build the nest before the young are born. 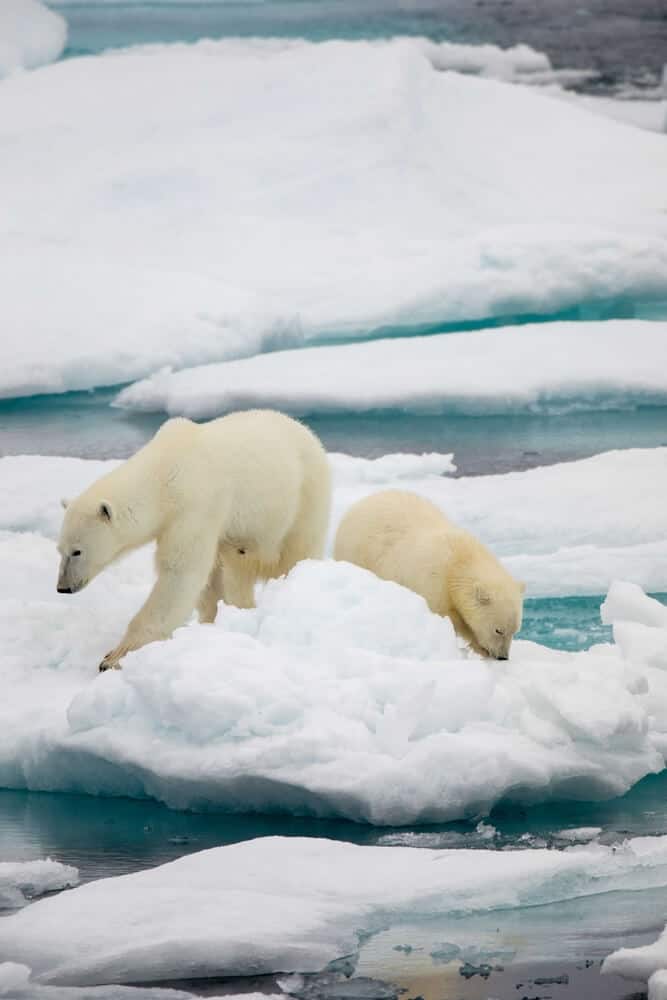 It’s unlikely that anyone would mistake a polar bear for an otter. The size difference alone is incredible. The largest otter may weigh over 50 pounds, but even the smallest polar bears are over 300.

Even so, there are a surprising number of similarities between polar bears and sea otters, specifically. For instance, sea otters have a much more rounded and fuzzy face than their river-dwelling counterparts.

They look a lot more like small bears, in fact. Their faces also tend to be much lighter, closer to the white of a polar bear.

Both polar bears and sea otters prefer marine habitats, and both live in areas of Alaska.

To keep themselves warm in cold water, they have a layer of “guard hairs.” These trap air next to their skin to provide insulation against the water.

Scientific name: Neovison vison
Quick summary: Semi-aquatic minks look so much like river otters that they can be hard to tell apart.

Minks are one of the closest mustelids in appearance to otters.

They both have the standard long body and short legs of the Mustelidae family. They also have very similar tails, which are long and wide but taper to a point.

Minks are typically dark brown, like many river otters are, and they have partially webbed feet. This is because they’re semi-aquatic and prefer habitats near water.

Guard hairs are an essential characteristic of otters since they spend so much time in the water. Minks have a layer of guard hairs as well. This layer of fur waterproofs them and provides insulation. 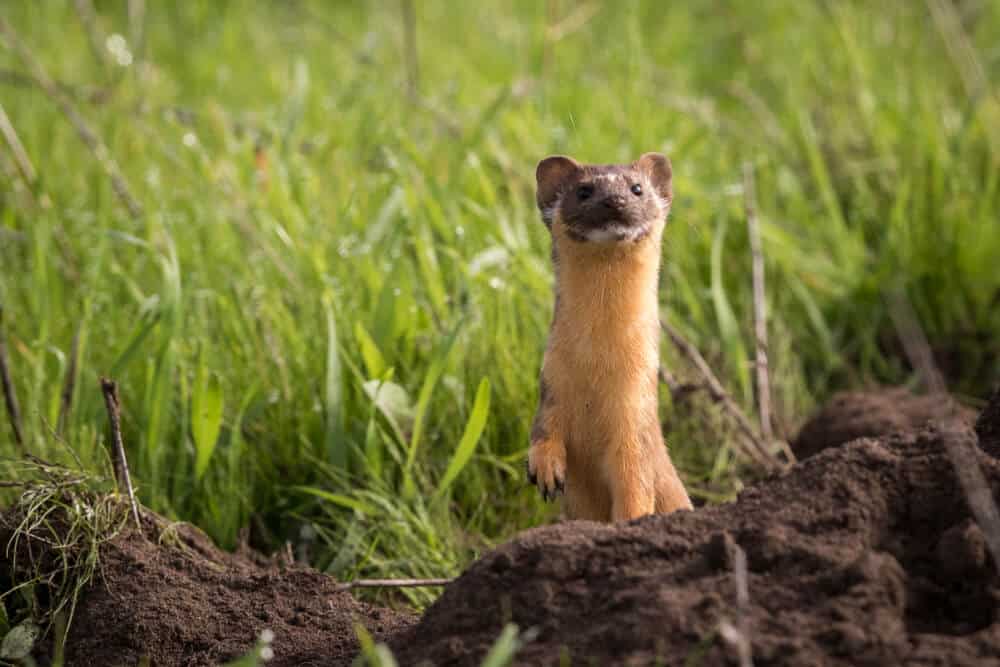 As is typical for animals in the Mustela genus, both weasels and otters have tube-like bodies and short legs. As their name suggests, long-tailed weasels also have long tails which taper to a point, just like otters.

Otters and weasels also rub their glands on various surfaces in order to mark their territory. This keeps other competing animals and even males of the same species away from their homes. 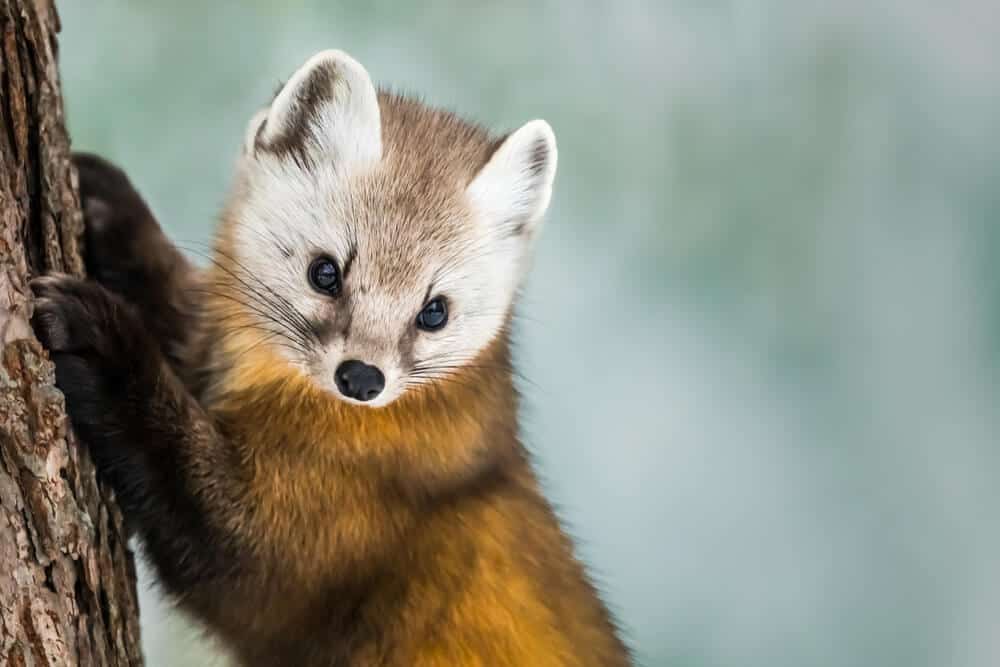 Scientific name: Martes americana
Quick summary: Baby otters and martens are born blind and rely on their mothers, but not for long.

Martens have long bodies and short legs with sharp claws on each of their toes. They look very similar to river otters, although they have a wider range of fur colors.

Martens also rear their young the same way that some river otters do. The females are responsible for building their den nest, feeding, and protecting their young.

Martens and river otters are born with their eyes closed, but both only take about a month to open them.

Scientific name: Callorhinus ursinus
Quick summary: These seals have fur of the same color and texture as sea otters.

All seals share similarities to otters, even though they’re part of different taxonomic families. Both animals are marine mammals and are carnivores.

Seals and sea otters are polygynous, meaning males have multiple partners. The females give birth to live pups.

There’s also a group of seals with a distinct feature that makes them even closer to sea otters.

They have a layer of coarse hair as well as a dense underfur. It’s often in a range of brown that’s similar to the coloring of otter fur.

There are nine species of “fur seals” in the Otariidae family. Otariidae is part of the suborder Caniformia, just like the otters’ Mustelidae family.

Mongooses are not mustelids, but rather are a part of the Herpestidae family. However, they’re both of the order Carnivora, so they do share some commonalities.

For instance, the marsh mongoose has a long body and short legs similar to an otter. They also have the same tapering kind of tail, and their fur is usually brown.

Their fur is mostly shaggy, but the fur on their hands and feet is just as sleek as an otter’s.

They also have a wide range of distinct vocalizations which they use to show excitement and to communicate. Otters also chatter and sing frequently, both as a defense and a form of communication. 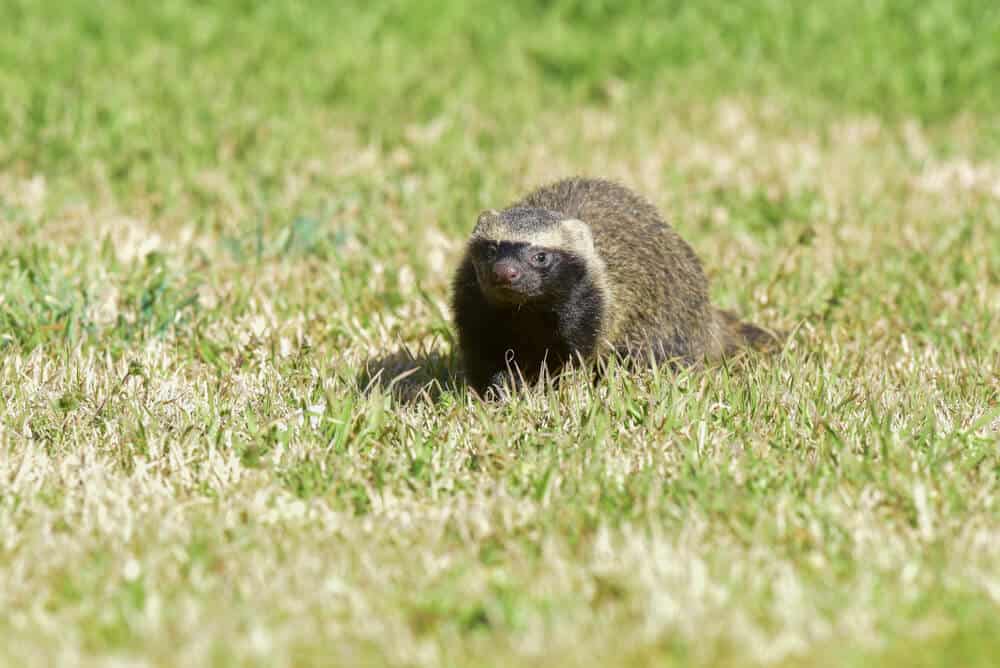 Although the lesser grison has coloring that’s closer to a badger, they still have the same body shape as otters. They have stout legs that carry their small, long bodies, and they have long, tapering tails.

Like many otters, grisons are polygynous. They also share a social streak with otters that’s not very common among mustelids.

They move in groups both in the wild and in captivity, usually of females and young. 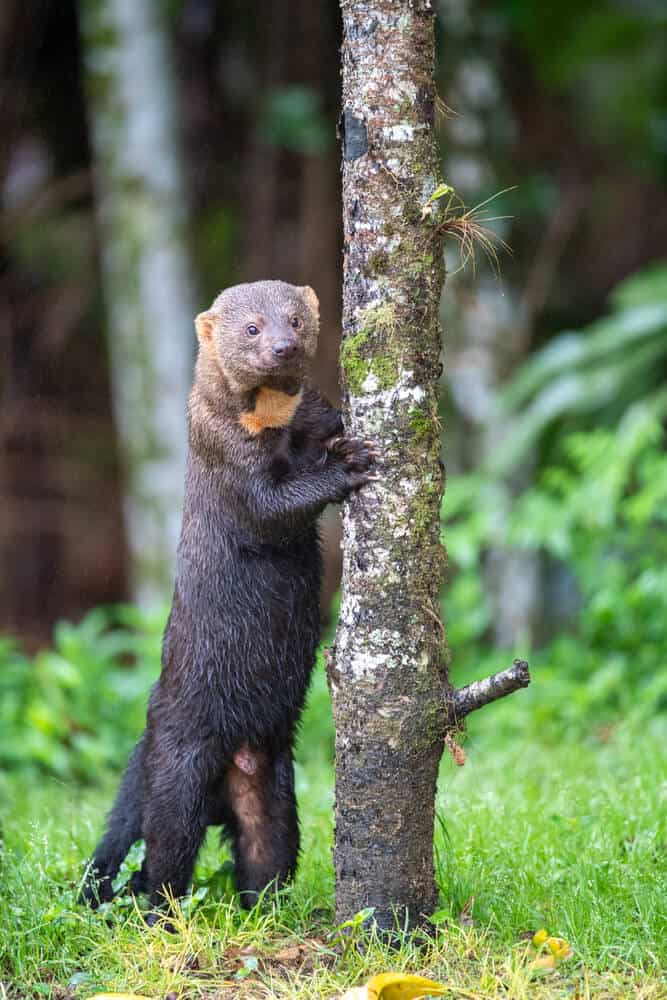 Scientific name: Eira barbara
Quick summary: A long-legged mustelid that can be as playful as otters.

Tayras have long bodies and tails like otters, but their legs are much longer. They also spend much more time on land and in trees than otters.

They use their long tails to help balance in the treetops.

One thing they do have in common with otters is their friendly nature. Otters are famous for being playful, and tayras are sometimes kept as domestic pets.

They are also good at catching rats and are mostly carnivorous like otters. 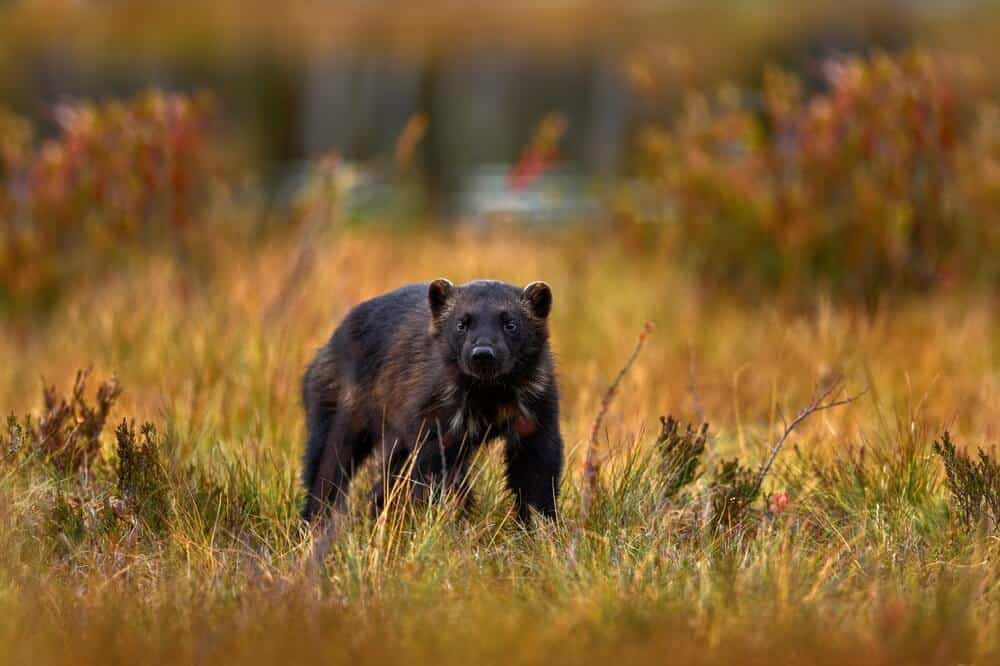 Wolverines are most like otters in the nature of their fur. Both animals were once a large part of the North American fur trade. Fortunately, many areas today provide legal protection to them both. 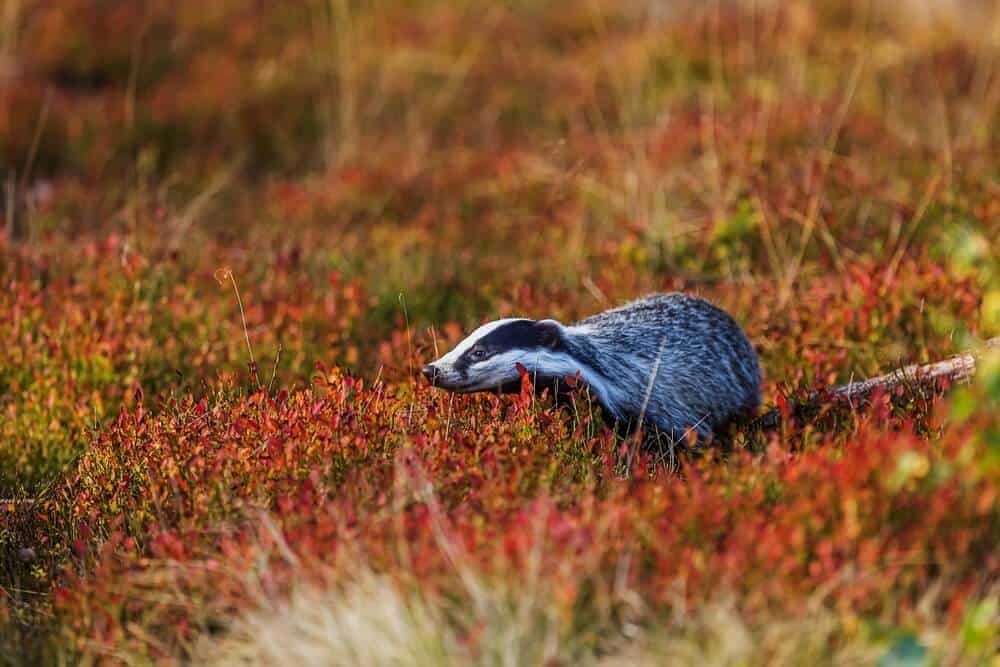 However, their coloring is gray rather than brown, and they have a distinctive stripe pattern that otters don’t have.

They do, however, have social groups like otters that other badgers don’t have, but otters do. Both species will travel in packs of up to 20 animals.

Otters are very distinct-looking animals found all over the world. They also belong to a rather small group of marine mammals, splitting their time between land and water.

It’s this semi-aquatic nature, along with certain physical traits, that gives them a lot in common with the other animals in this list.

Most mustelids like otters have a very distinct tube-like body with short legs. This means that even animals like weasels that live in completely different environments can look very similar to otters.

Some, like martens and ermines, can also have the same reproductive behaviors as otters. Other animals that aren’t even part of the same family also have otter-like characteristics. These include other marine mammals such as beavers, seals, and mongooses.