This genus of deer is one of the largest deer species and they’re often confused for moose.

Unlike moose, which are found in parts of Europe, elk are only found in Central and East Asia, as well as North America, while they were also introduced to South America and New Zealand.

In this article, we’ll be taking a look at different types of elk. 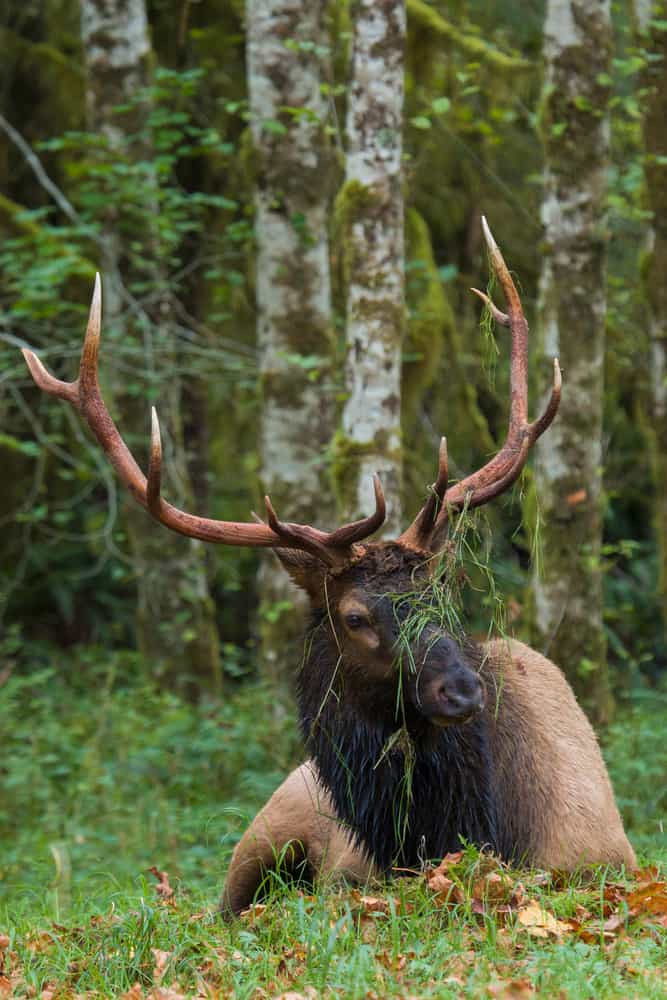 Elk are generally separated into two groups – the North American group (which is comprised of the first four species on this list) and the Asian group (made up of other species). Roosevelt’s elk is the largest type of elk in North America.

They can grow up to 5.6 feet in height, usually weighing up to 1,100 pounds, while the largest male specimens can weigh up to 1,300 pounds. They’re found in the forests of the Pacific Northwest, northern California, Alaska, and British Columbia.

They mostly feed on grasses and plants and they usually live up to 15 years in the wild. 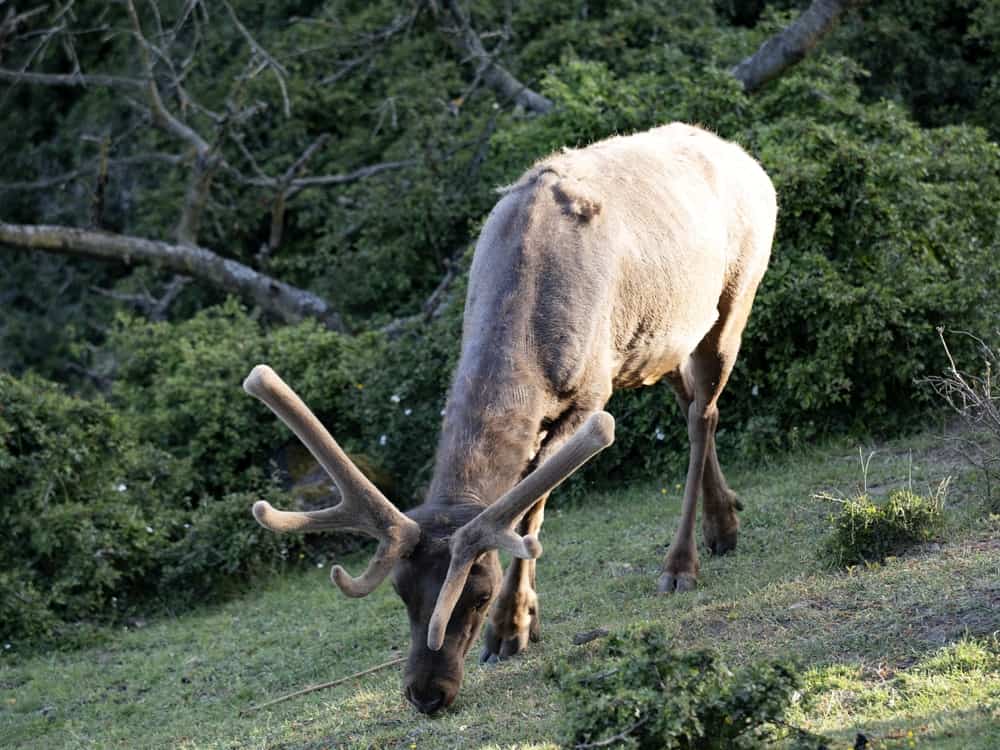 This species of elk is endemic to California, where it’s usually found in forests and valleys. They’re found on the opposite end of the spectrum when it comes to size, as they’re rarely heavier than 550 pounds, making them the smallest type of elk in North America.

The Tule elk is very important to its native habitat as they prevent grasslands from turning into shrubby systems. They often feed on Yorkshire fog, which is a highly invasive species of grass, keeping the natural habitat clean. 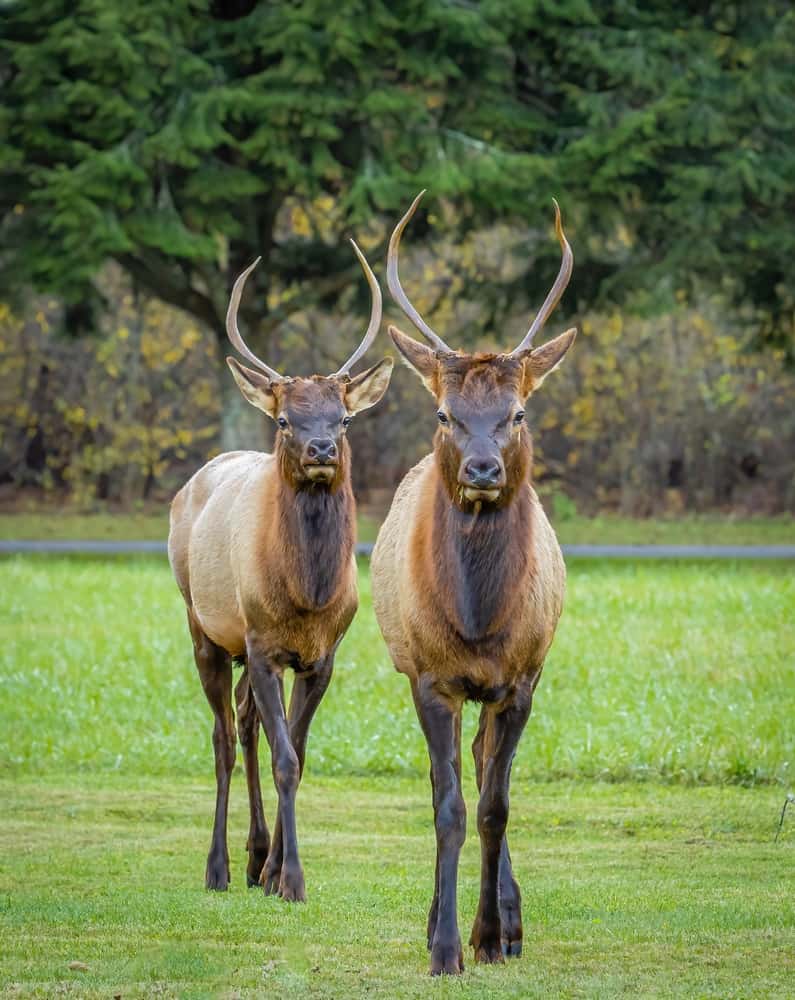 As the name suggests, this elk is found in Manitoba, but also in Central Alberta, Saskatchewan, and North Dakota. They were also introduced to North Carolina, where their populations currently exceed 150 specimens.

They’re the second largest type of elk, second only to Roosevelt’s elk, as males can weigh up to 1,000 pounds. They’re often preyed on by the grey wolf, making them a key link in the feeding chain. 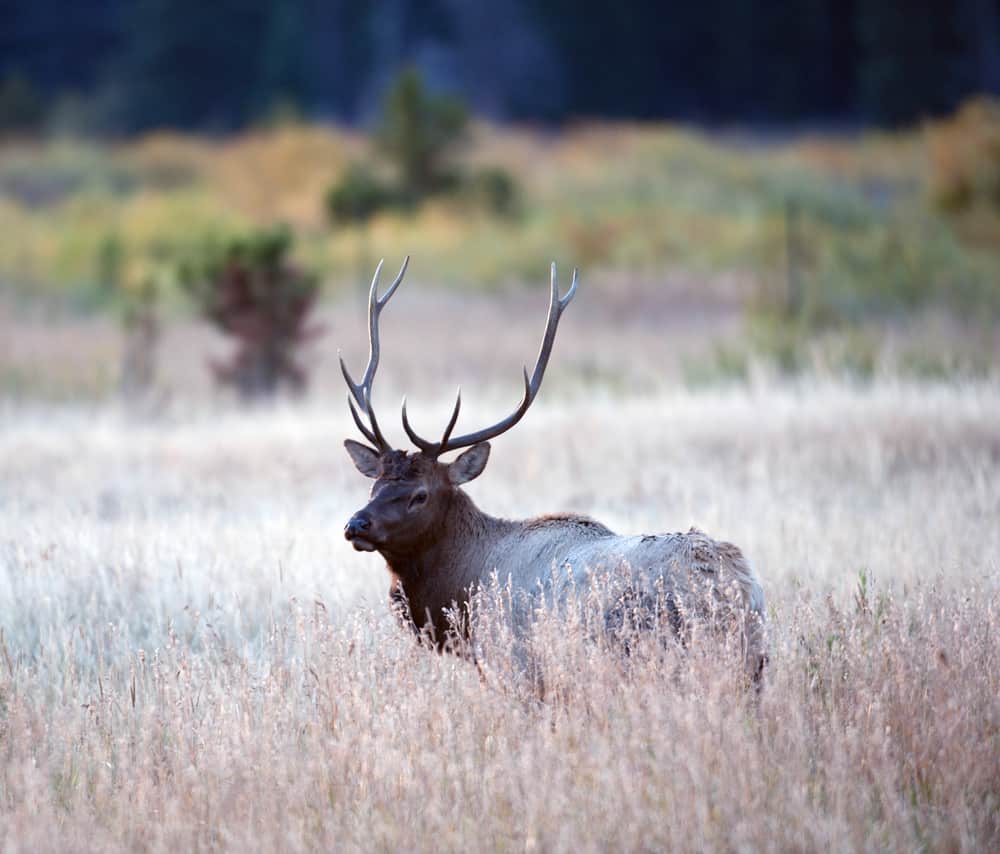 These types of elk are found in the Rocky Mountains and some adjacent areas. There, they usually inhabit forests and marshes, where they can grow up to 5 feet in height and weigh up to 1,000 pounds.

What’s impressive about them is the size of their antlers. Although the Manitoban elk is larger and heavier, the Rocky Mountain elk have larger antlers.

Their population is safe, as there are over 70,000 of these types of elk in Oregon alone, without including other areas. 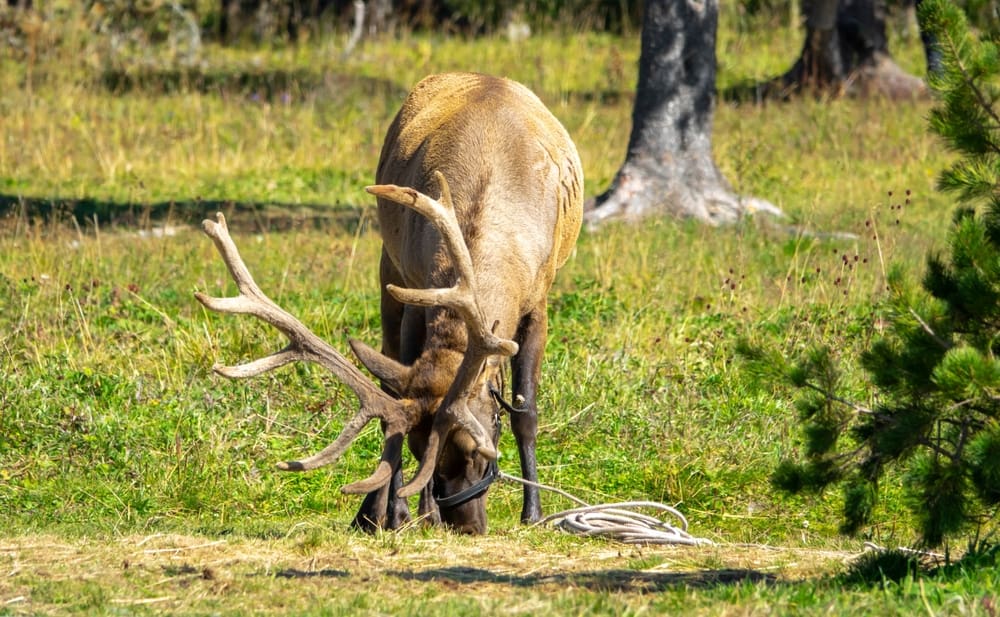 Elk are often called ‘wapiti’, especially in Europe and Asia, and this species of elk is found in southern Siberia, parts of northwestern Mongolia, and parts of China.

These types of elk in Asia are much smaller than their American cousins, as they rarely grow taller than 5 feet and they don’t weigh more than 800 pounds. Altai wapiti feeds on vegetation and tree bark, and they can live up to 15 years in the wild.

The largest type of elk in Asia is spread across eastern Kyrgyzstan, southeastern Kazakhstan, and parts of western China.

Unfortunately, there’s a massive conservation problem with these animals, as there are only 50,000 of them left in the wild, with the number dropping rapidly.

This type of elk is the largest both in body size and antler size.

These elk have small antlers, while males also have a mane on the neck. The mane is only seen in males and just like with many animals with manes, it’s an indication of sexual maturity.

They’re found in the forests of southeastern Siberia, Manchuria, Yakutia, North Korea, and China. In comparison to other species, these wapitis are very small – weighing up to 770 pounds. 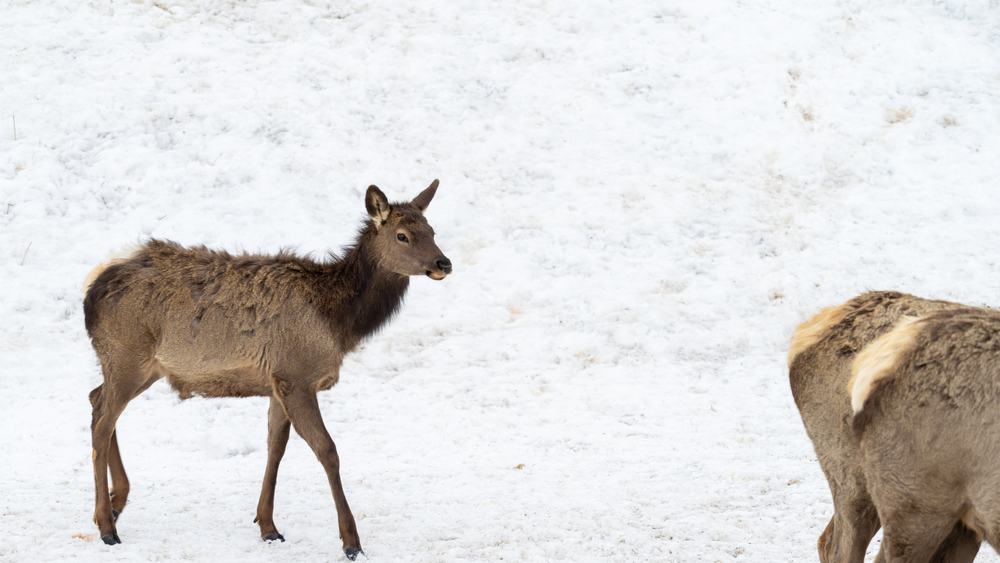 These elk aren’t only extremely rare, but they’re also the smallest type of elk in the world. They’re only found in China and Mongolia, where their numbers are still not completely clear (although they’re probably low).

Despite that, they’re of no conservational concern as their numbers are trending upwards and the population is likely increasing. 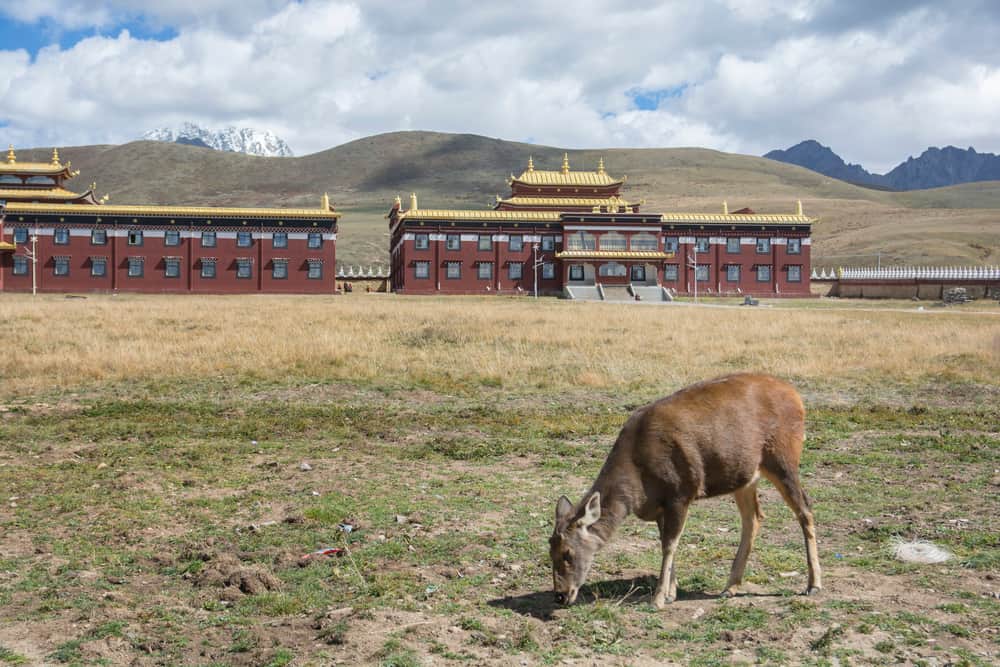 Despite their name, these animals are actually elk, not deer. They’re found in parts of Bhutan and Tibet, where they were once considered extinct.

Because of conservation efforts made by the nature reserve in Riwoqe County in China, their population has finally started to increase.

Even though the torso of the Tibetan red deer is large, its legs are short. They change coats in winter and summer, with the winter coat being brown and the summer coat being grey.

This rare species of elk is endemic to the Gansu province of China and almost nothing is known about them.

They seem to show some similarities with the Tibetan red deer and the Sichuan deer as they’re all south-based species of elk. 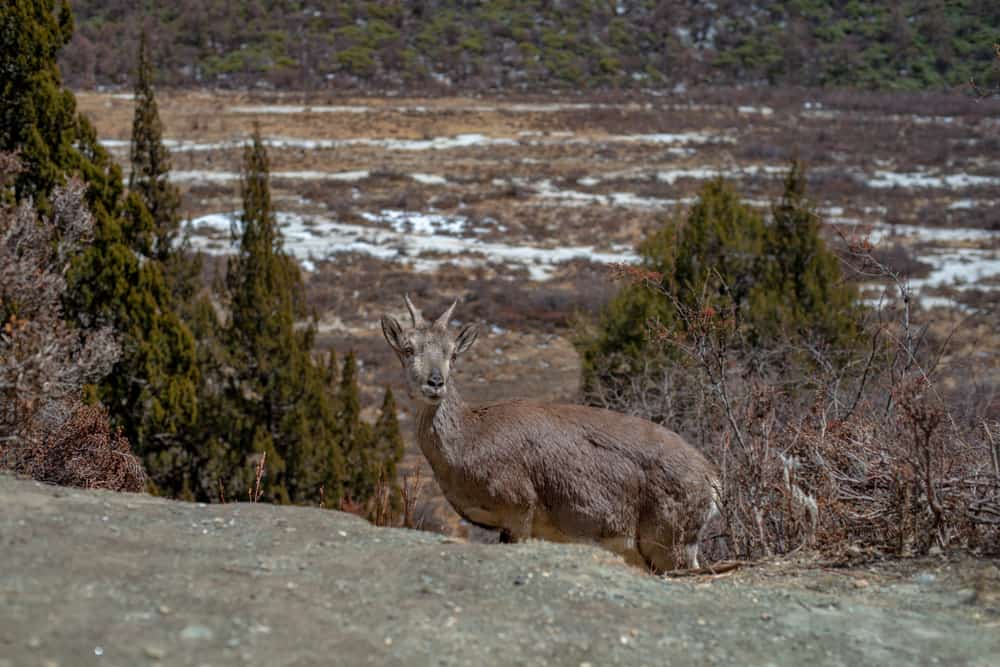 Endemic to western China, this type of elk is a large species and it’s considered to be the largest type of elk (or red deer, as those two expressions are interchangeable when it comes to Asia) in Central Asia.

They’re most often found near the Chinese border with Tibet, where they’re recognized by their pale gray or pale brown coat.

Elks are highly adaptable animals which actually makes them a threat to native animals in habitats where elk are introduced (such as Argentina). However, they’re very important as prey to predators and as keepers of a pure native habitat, which is proven by the Californian Tule elk.

Although noticeably smaller than the moose, elk are large, heavy animals, and they’re also less aggressive than moose. Despite the constant mix-ups, moose and elk are two different groups of the deer family.