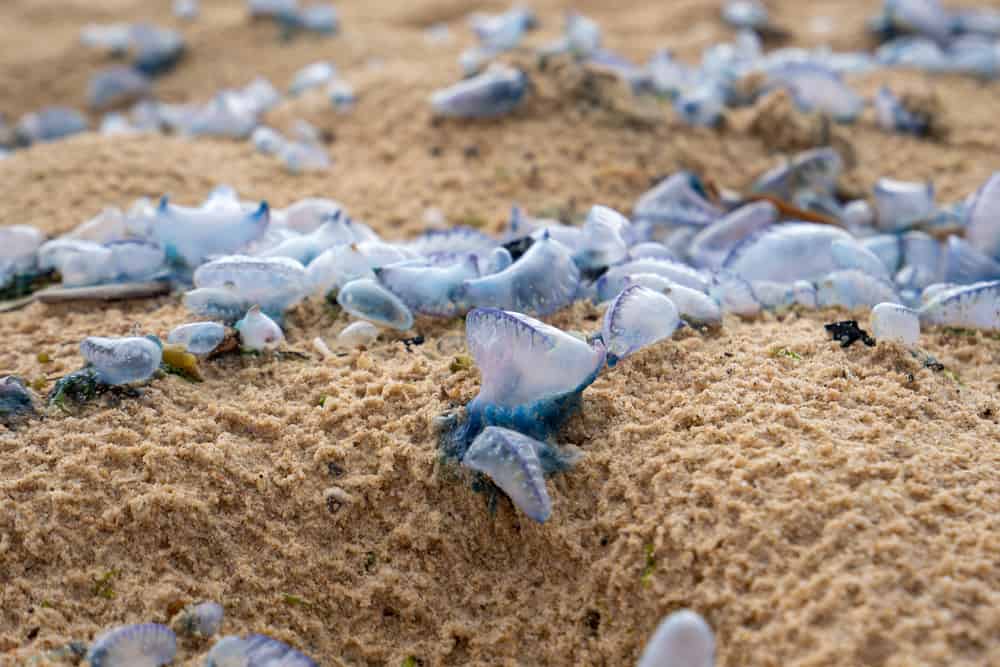 There are a plethora of dangerous animals meandering the streets and beaches of New Zealand, from Auckland to Dunedin. Some animals you may encounter while in New Zealand are various spiders, amphibious snakes, sharks, and sea lions.

It is certainly worth checking out the riveting wildlife during your time in New Zealand. The country is home to many animals that most visitors have never seen!

Here are eight of the most dangerous animals in New Zealand.

Katipo spiders are one of two venomous spiders (along with the Redback Spider) prevalent in New Zealand. These spiders can be identified by their coloring, black with a red stripe bordered with white coloring.

Only the adult female Katipo spider poses a threat to humans. The Katipo spider is native to New Zealand and can be found in northern and southern regions, and is typically spotted close to beaches.

Katipo spiders are venomous to humans, though they rarely occur due to their largely non-aggressive disposition.

Bites from Katipo spiders can prove fatal, but it is unlikely. Common symptoms of a Katipo spider bite include pain and redness where the bite occurred, sweating, nausea and vomiting, and muscle aches.

Bluebottle jellyfish (also referred to as the Portuguese Man O’ War) inhabit the oceans of New Zealand most frequently during the summer. They are also commonly found in Australia.

The jellyfish can be hard to spot in the water, as they have a transparent blue coloring.

The tentacles of these jellyfish can be incredibly long (over six feet), allowing them to sting humans at a great distance.

The venom of bluebottle jellyfish can seriously harm a human. For instance, they utilize this venom to often paralyze their prey.

Of those who reported a bluebottle sting, many noted they experienced symptoms affecting their entire body, not only at the site of the sting.

Symptoms of a bluebottle jellyfish sting include trouble breathing, nausea, and chest and stomach pain. Localized signs of redness, swelling, and welting also frequently occurred at the sting area.

Later complications of a bluebottle jellyfish sting may result in wound infection and worsening symptoms. Fortunately, it is unlikely that a sting victim will undergo anaphylactic shock to the sting. 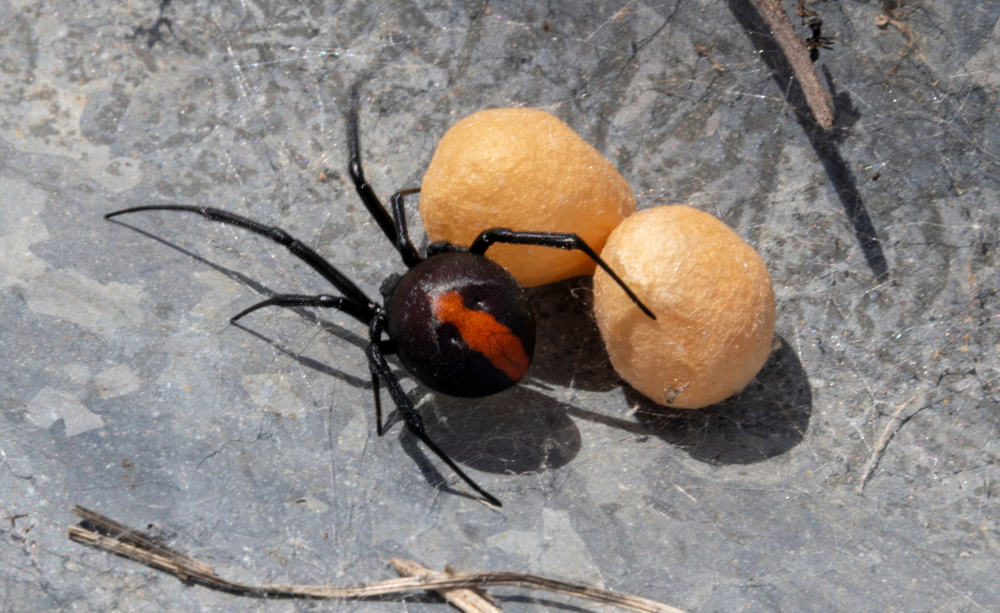 Redback spiders can be seen throughout dryer areas of New Zealand, such as Central Otago. Many redback spiders residing in New Zealand originated from Australia and are more commonly spotted during the summer months.

These carnivorous spiders are smaller in size, making it difficult for humans to see them (especially during darker hours of the day).

Humans need only beware of female redback spiders; bites from a male are not deemed to threaten humans, however, a female redback can have quite a powerful bite.

The pain from a redback spider bite generally increases over time. Severe pain can hit as quickly as several minutes after a bite or as long as hours later. This pain can occur for several days after a bite.

The poisonous venom released by a redback spider can quickly affect your nerves, causing muscle twitches. Other severe symptoms of a redback spider bite are headaches, nausea and vomiting, fatigue, and sweating.

Since there is an antivenom available for victims, fatalities are extremely rare. 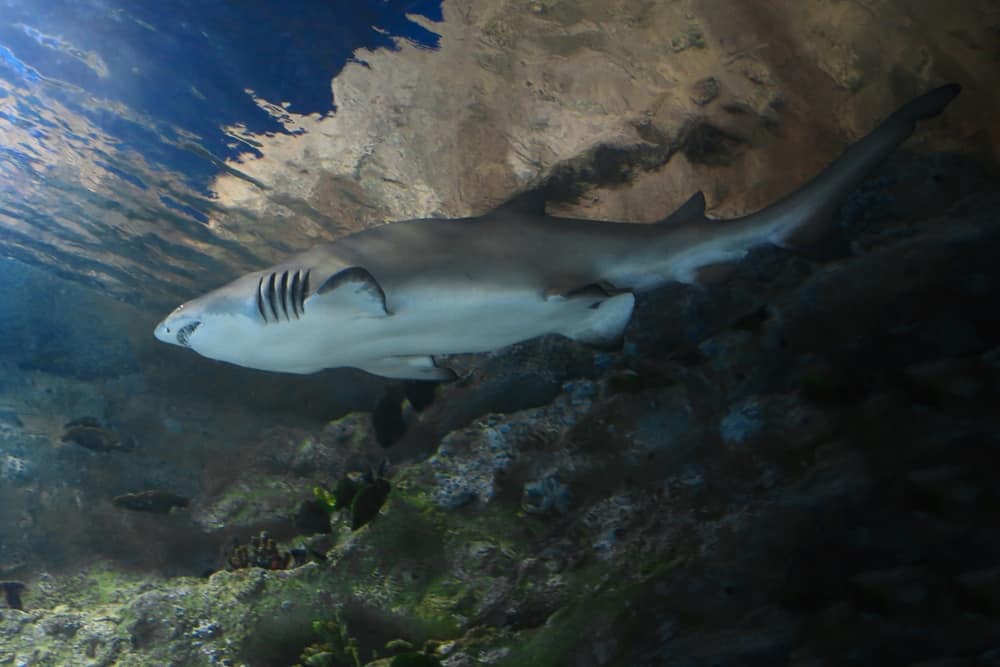 Great white sharks are often churning New Zealand waters. In fact, the country is considered to be a “hot spot” for these sharks.

Most of these great whites occupy the Exclusive Economic Zone north of Campbell Island. They are routinely encountered from September through November.

Great whites can effortlessly kill or severely wound their victims. This is partly due to their colossal build.

Some great whites have reported being as long as six meters and weighing as hefty as 3,000 kilograms. Combining their speediness with their size is often a recipe for disaster.

Though great white sharks are highly populated in New Zealand, attacks are rare. The International Shark Attack File recorded 350 attacks since 1958, 59 of which were fatalities.

The infamous great white is not typically an aggressive animal. A common reason for attacks is that the shark has mistaken the human for everyday prey such as a seal. Nevertheless, great white attacks can certainly be deadly.

Great white sharks can easily pierce through human skin with their ultra-sharp teeth. Some of the most recurrent injuries from a great white are extreme lacerations and loss of limbs, such as arms and legs.

After losing a high volume of blood from a great white attack, fatalities can occur. 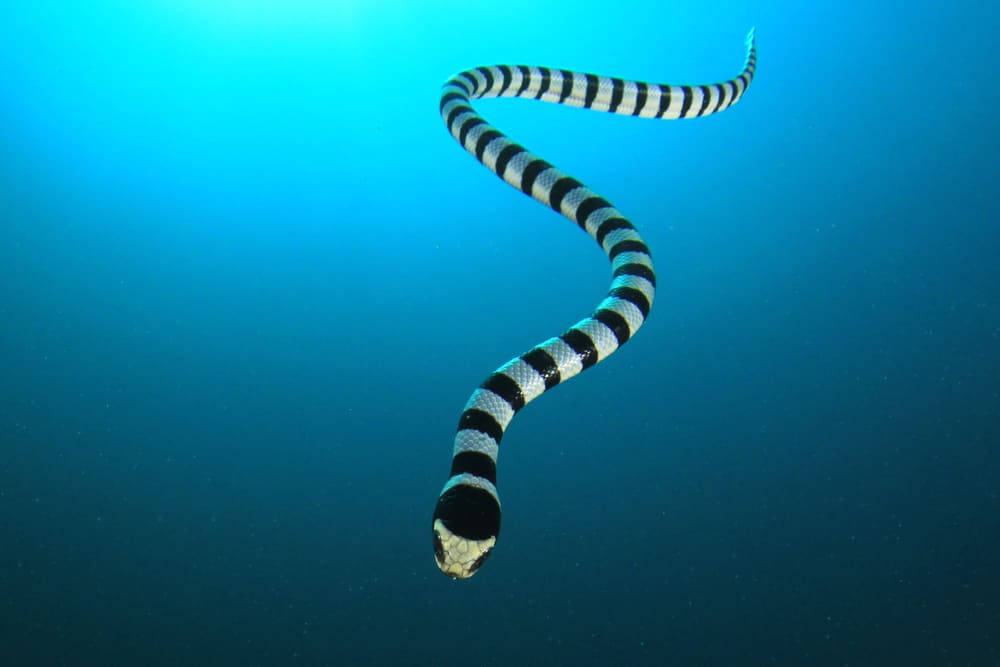 Banded sea kraits are amphibious sea snakes native to New Zealand. They are mostly found near lagoons and can be identified by their prominent black stripes.

However, the sea kraits are known to spend a significant portion of their day on land.

It is unusual to ever come across a banded sea krait, as they are not bothered or interested in humans.

In fact, there have been just six records of sighting sea kraits in New Zealand since 1880. The sightings occurred at Ohope Beach, Northland, the Bay of Plenty, Castlepoint, and Whangaruru Harbor.

Banded sea kraits usually strike out to defend themselves when they feel threatened or provoked by humans and are not known for actively hunting out humans.

Even though it is improbable to be bitten by a banded sea krait in New Zealand, their venom is considered one of the most poisonous!

This is due to the neurotoxicity of their venom, which can lead to unbearable pain in the form of respiratory and cardiac failure, seizures, and even paralysis.

If swift medical attention is not provided, fatalities can transpire. However, the symptoms of a banded sea krait bite will likely manifest themselves within hours once a bite has occurred. 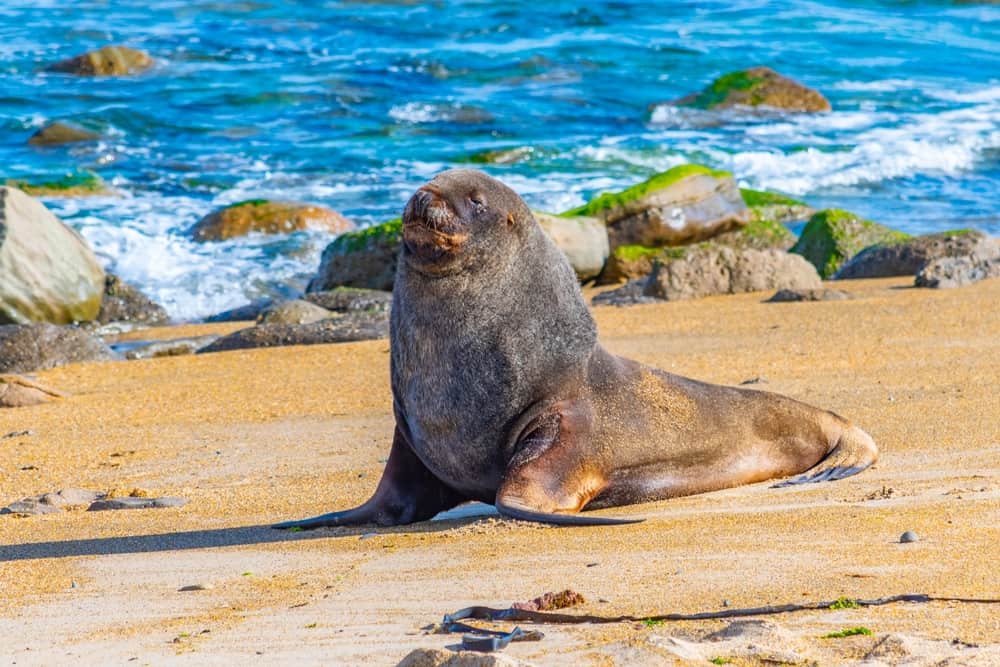 With a population of around twelve thousand, New Zealand sea lions are regarded as incredibly rare.

Most of these sea lions can be found throughout the Auckland Islands in Dundas Island, Enderby Island, and Eight Island. Additionally, there is a significant fraction of their population inhabiting Campbell Island.

The New Zealand sea lion is not generally considered dangerous or aggressive, but it may lash out at humans if they are provoked, threatened, or guarding its young.

Numerous global reports of sea lion bites have been reported, but fatalities are rare.

The large stature of a sea lion can allow them to forcefully scratch a human. Apart from their size, sea lions have exceptionally sharp teeth. Bites from a sea lion can often result in heavy bleeding or infection.

Victims of a sea lion bite have an increased chance of developing a polymicrobial infection due to bacteria detected in their mouths.

Additional symptoms of a sea lion bite are localized swelling, pain, redness, and discharge. Other symptoms that may occur are nausea and fevers.

Originating from Australia, white-tailed spiders have been identified throughout New Zealand.

There is a higher population of white-tailed spiders across the North Island. These spiders sport a dark gray color with a distinguishing white spot on their stomach. White-tailed spiders commonly take refuge beneath plants, as well as in houses.

Most bites from a white-tailed spider resulted from incorrect handling or agitating the spider. Fortunately, the venom from this spider has not been found to be of significant harm to humans.

Even though the venom may not pose a dire threat to humans, white-tailed spiders can undoubtedly inflict pain upon their victims. Pain from a bite is typically felt right after a bite has occurred.

The most common localized symptoms of a White-Tailed spider bite are redness, swelling, burning, and itchiness.

Furthermore, less likely signs of a White-Tailed spider bite include nausea, vomiting, headaches, and fatigue. Most symptoms will fade within twenty-four hours following a bite.

It was once thought that white-tailed spider bites were linked to necrosis, but this unfounded claim has been scientifically disproven over the years. 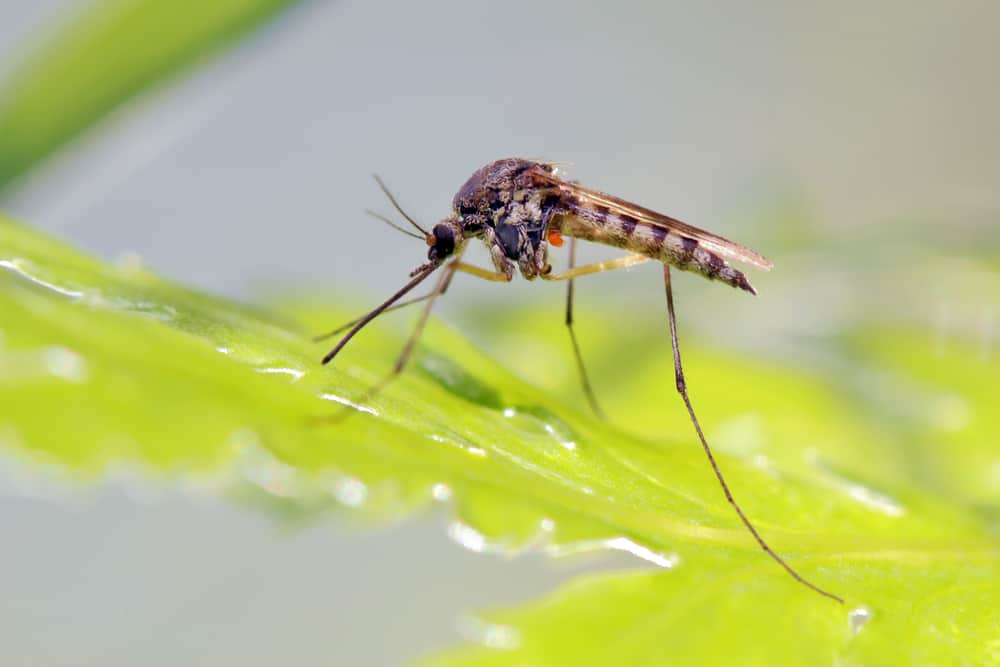 New Zealand is home to thirteen distinct species of mosquitos, such as the “ankle biting mosquito” and salt pool mosquito.

You may be bitten by a mosquito pretty much anywhere in New Zealand! They are especially on the move during the early or late hours of the day.

Interestingly enough, thanks to adaptations over the years, the majority of New Zealand mosquitos solely nip at birds. However, there are still species of mosquitos (like the salt pool mosquito) that have a taste for mammalian blood.

When contemplating dangerous animals occupying New Zealand, many will give little thought to these minuscule blood-suckers. However, mosquitos deserve more attention, as they are behind the highest number of human fatalities.

As mosquitos feast upon human blood, they can transmit serious diseases to humans, including West Nile, Zika virus, and malaria.

Mosquito bites themselves will likely only result in localized itchiness and redness. More significant reactions may lead to a rash similar to hives.

It is crucial to remember that every animal will have a different tolerance threshold to humans coming close. It is better to play it safe and keep a sound distance from wild animals.