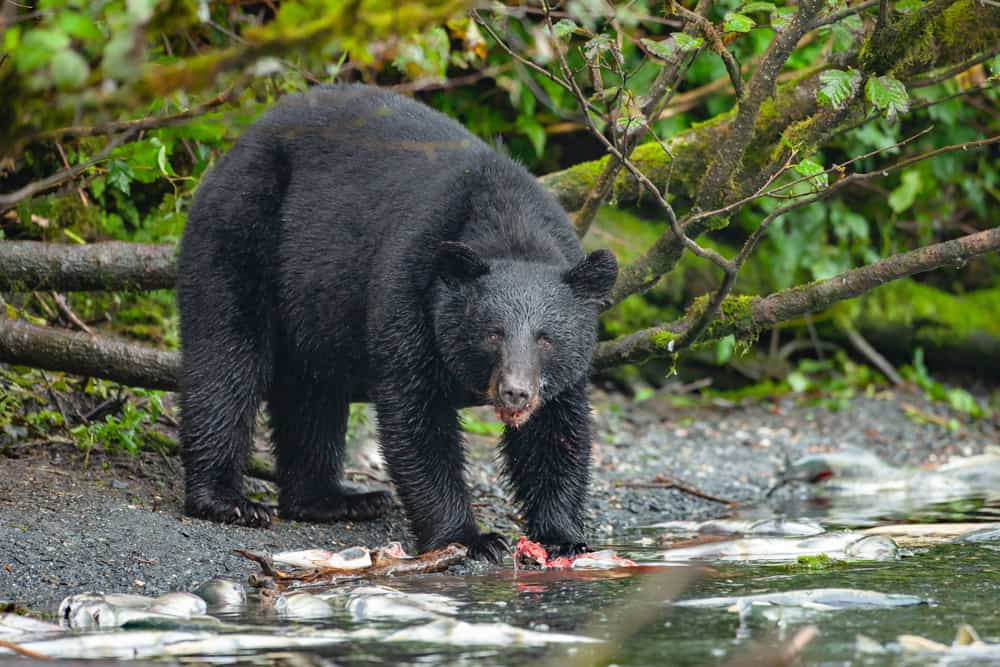 Each year, Alaska welcomes over one million tourists to the state. Located in the Northwestern region of North America, Alaska boasts a diverse array of wildlife for tourists to enjoy.

Alaska is home to the “Big 5,” including wolves, caribous, moose, bears, and Dall sheep. Apart from land-residing animals, Alaska has a captivating variety of oceanic wildlife, such as orcas and humpback whales.

When visiting and enjoying Alaskan wildlife, it is essential to remember the dangers that several species may pose to humans.

Here are seven of Alaska’s most dangerous animals. 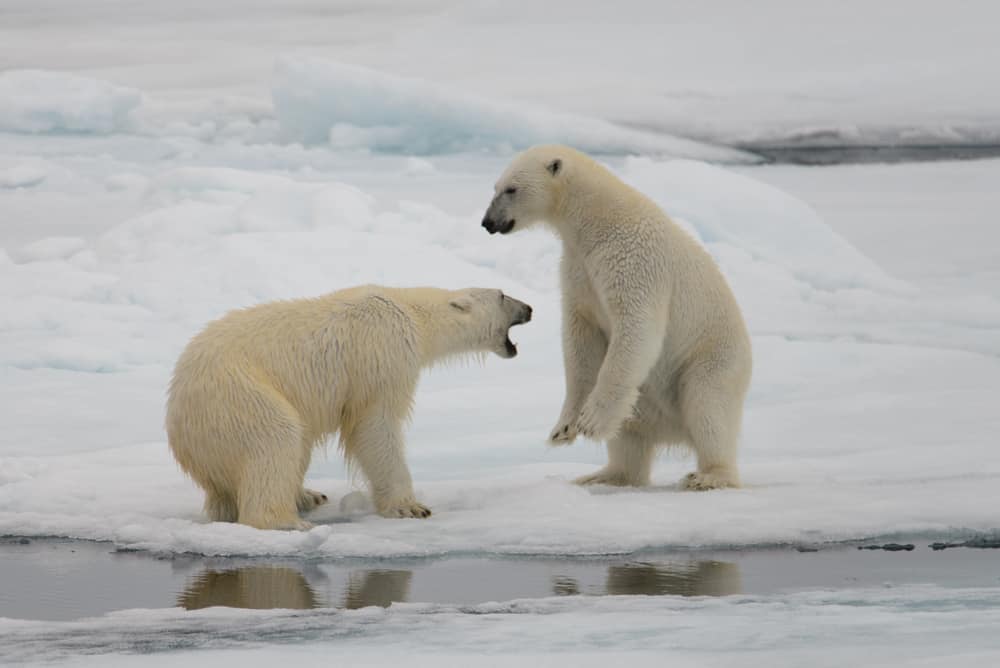 Polar bears are exclusively found in the northern hemisphere, with an estimated population of between 4 and 7 thousand in Alaska. Polar bears tend to feast on seals and the carcasses of whales.

The polar bear is one of the most iconic creatures in Alaska, with its white fur and black nose making it instantly recognizable among wildlife enthusiasts. Polar bears are solitary animals who usually only come together during mating season or when searching for food.

The polar bear’s metabolism doesn’t slow down much during the summer when sea ice melts and food becomes scarce.

As powerful predators, these majestic animals inhabit parts of the Arctic Circle and have adapted to the frigid temperatures of their environment. 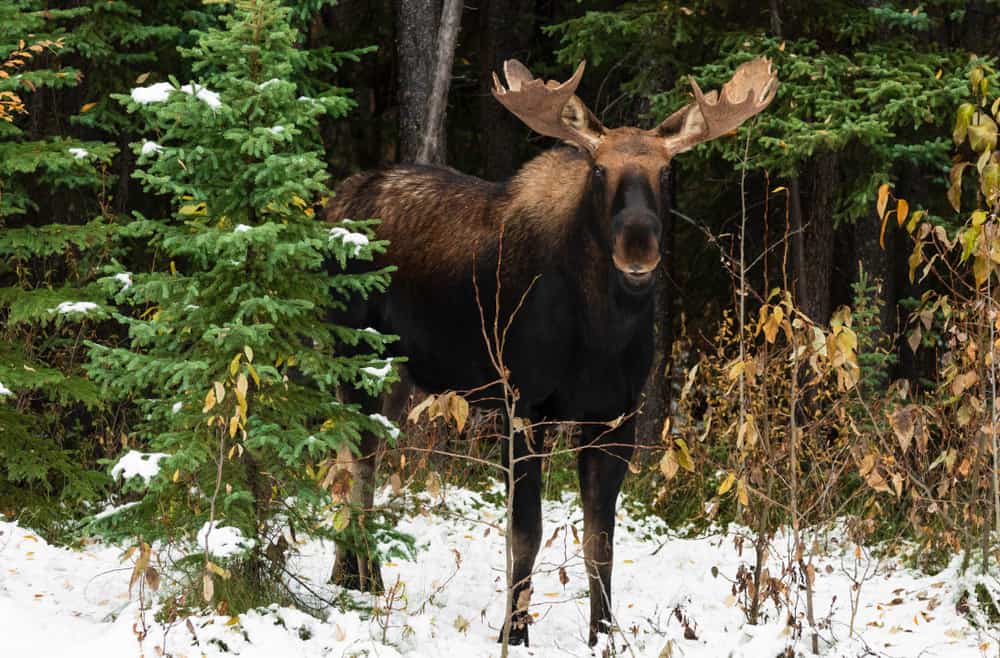 Moose are considered to be the largest members of the deer family. A set of antlers can identify male moose. Though moose in Alaska enjoy a diet of largely vegetation, they can pose dangers to humans.

They can weigh up to 1,600 pounds and are herbivorous, eating willow, birch, aspen leaves, twigs, sedges, equisetum, pond weeds, and grasses. 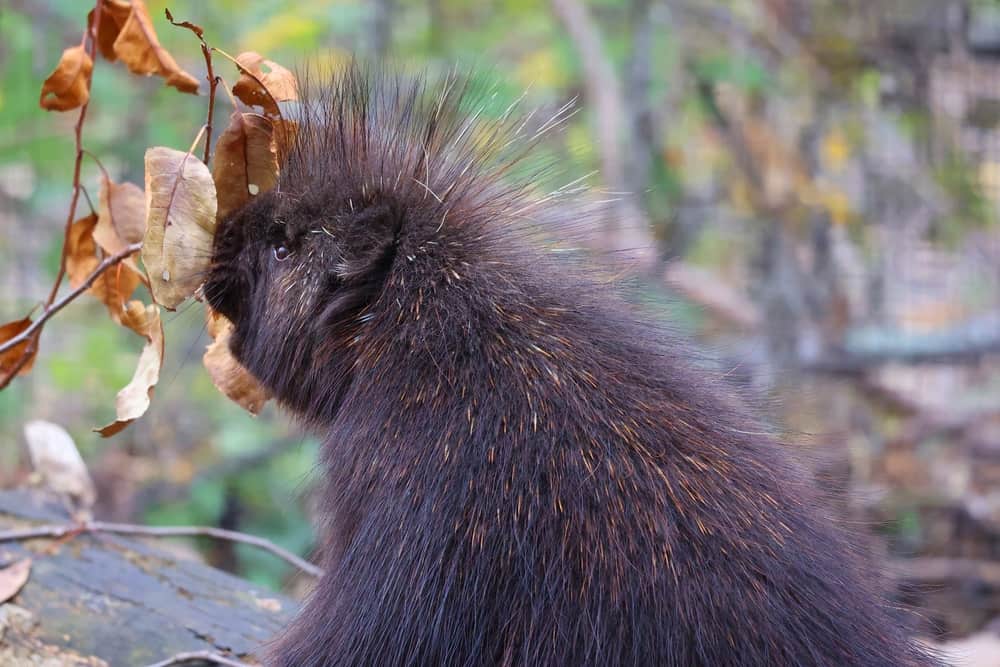 Don’t let the small stature of these creatures fool you. North American porcupines can injure animals and pets through their spikey quills. They are alert animals, with sharp senses allowing them to detect when danger is near.

Porcupines can be encountered all around Alaska.

A study published in Mammalia adds that they can become fearsome killers, especially if multiple porcupines exist. They can run backward, cornering predators to protect themselves. 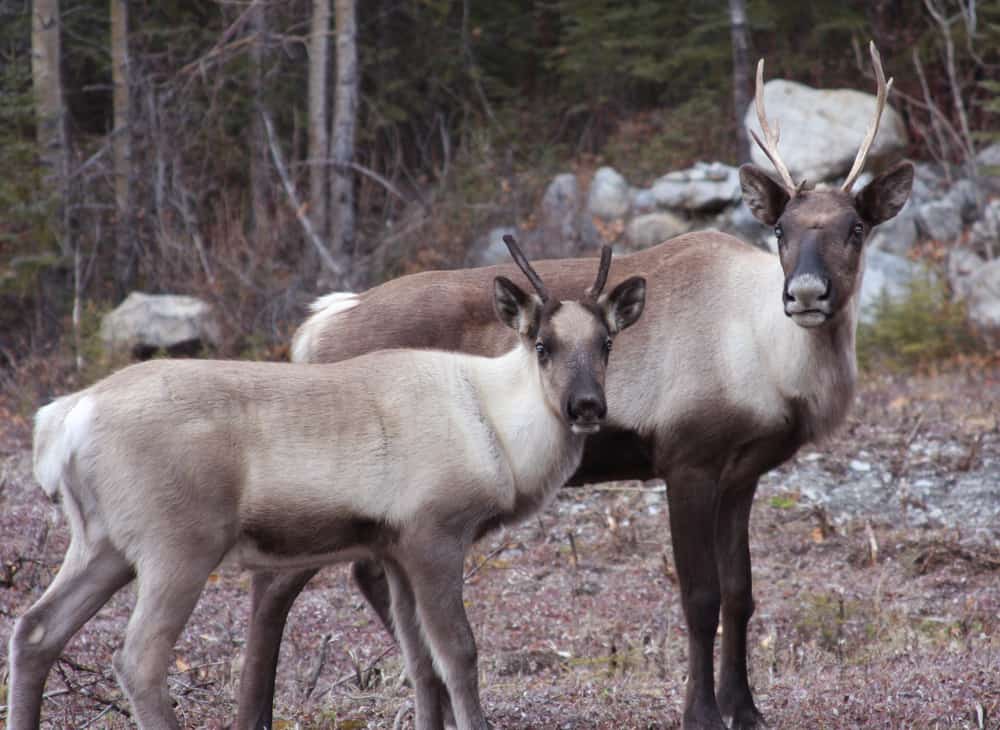 Commonly referred to as reindeer, caribou can be found throughout Asia, North America, and Europe. Like the North American porcupine, these herbivores can certainly cause human injury.

Unfortunately, by 2021, the Western Arctic caribou herd in Alaska declined by almost 23% over the past couple of years. Increased predation, hunting pressures, and changing weather patterns contribute to their decline. 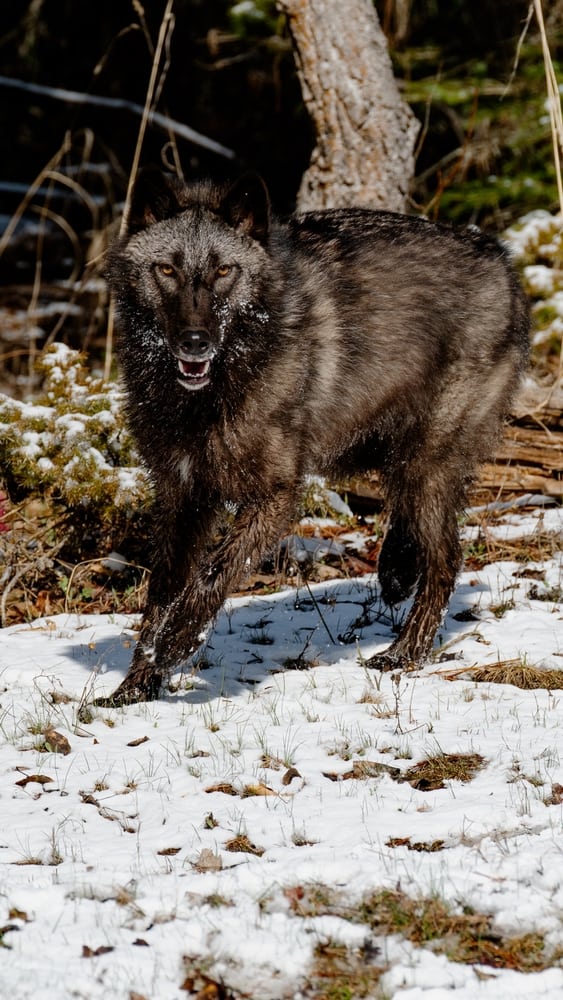 Interior Alaskan wolves (also referred to as the Yukon wolf) reside in interior regions of Alaska and parts of North America, such as British Columbia.

Interior Alaskan wolves are a subspecies of the gray wolf. These wolves generally prey on Moose, Dall sheep, and Caribou.

The wolf is a large canine that can grow up to six feet long and weigh 130 pounds. They have thick fur coats that range from grayish-brown to blackish-brown in color, depending on their subspecies.

They also have excellent eyesight and hearing, which allows them to locate food even in low-light conditions.

Wolves are very social animals who communicate with one another using vocalizations such as howling, yipping, and barking as well as body language like tail wagging or bowing down submissively. 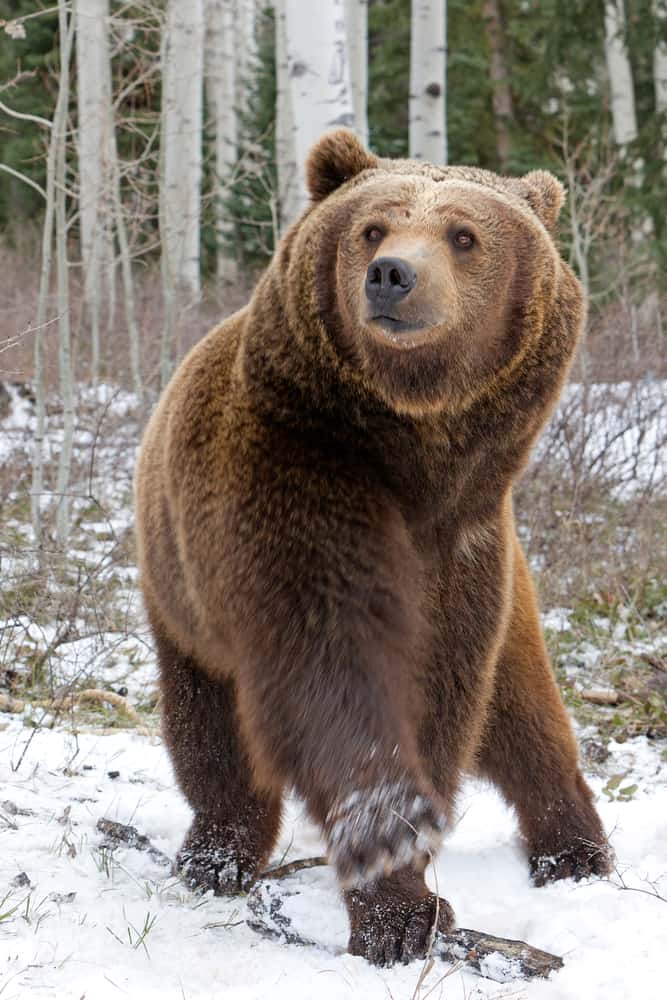 Grizzly bears can be found throughout most regions of Alaska, as well as in Russia, China, Japan, Canada, and several areas of the United States.

Grizzly bear populations thrive in Alaska, with some parts hosting as many as one bear per square mile. Grizzly bears in Alaska have been noted as being smart and curious animals.

Alaska is home to close to 32,000 bears. Found throughout North America’s northernmost state, these magnificent animals are both powerful and deadly predators.

They are amongst the largest land mammals in the world, with adult males reaching lengths up to eight feet long and weighing up to 1,500 pounds!

See also  Why Do Lions Roar? (4 Reasons Why)

Brown bears are usually solitary animals but can sometimes be found living in groups called sloths; this occurs mainly when females mate with multiple males resulting in mixed litters.

In the wild, these animals generally live an average lifespan of about 25 years and spend their time foraging for food or hibernating during winter months whenever temperatures become too low.

These bears are around 29 inches tall and generally weigh between 180-200 pounds (with some weighing a whopping 350 pounds).

They can range in color from white to jet black and feature a straight facial profile and claws that rarely grow longer than one and a half inches. Today there are around 100,000 black bears in Alaska.

While Alaska is home to many animals capable of severely harming humans, most will rarely attack and instead prefer to avoid interacting with humans.

One of the most crucial principles to remember when taking in remarkable Alaskan wildlife is to respect every animal you encounter. To prevent an attack from occurring, be sure not to approach wild animals like black bears and give them plenty of space.