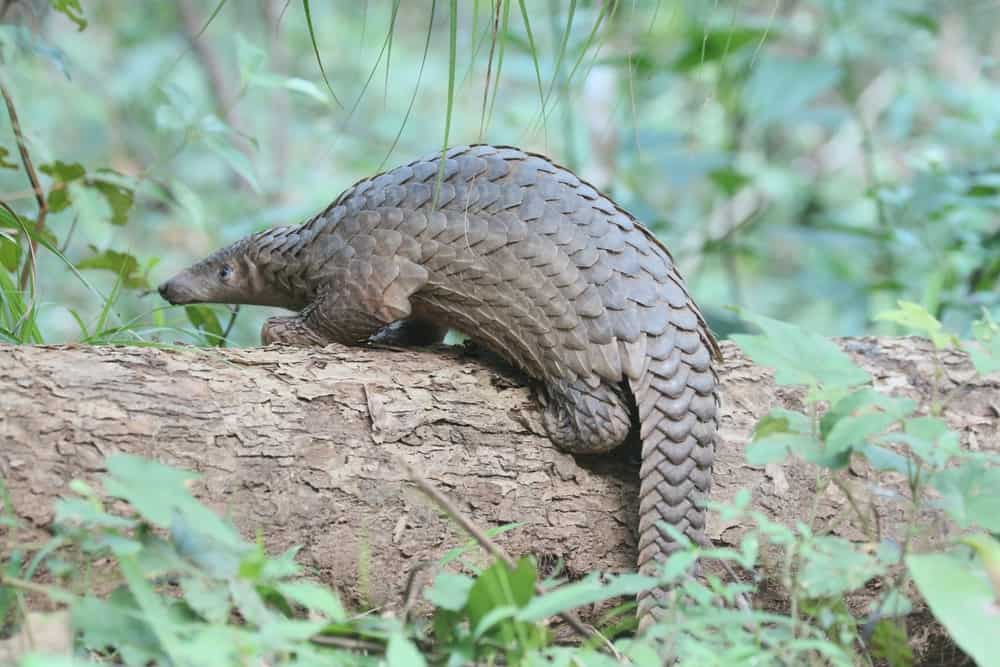 Armadillos are small land mammals, native to South America. These animals are most well-known for their armor.

In every armadillo, that armor is made of layers of keratin (like those in your fingernails), skin, and plates of bone. In most cases, bone plates fit together, allowing for a flexible but tough armor covering.

That flexibility allows some armadillos to curl into a ball, completely hiding any part not covered by armor.

However, with 21 surviving species of armadillo across 2 families, armadillos can be fairly unique.

For example, the giant armadillo weighs up to 119 pounds! On the other hand, the pink fairy armadillo is normally about 6 inches long and weighs about 4 ounces.

In addition, not all armadillos are fully protected by armor. For example, the pink fairy armadillo only uses a strip of armor on its back.

Without protection on its sides, it’s more vulnerable. At the same time, it’s also closer to the ground, meaning it needs less protection.

The following includes 5 animals like armadillos. Here, it’s important to note that most reptiles, amphibians, and fish will share similarities with armadillos. Animals of note include the horned toad, crocodiles, and turtles.

However, we’ve focused on mammals because they’re “most like” armadillos. 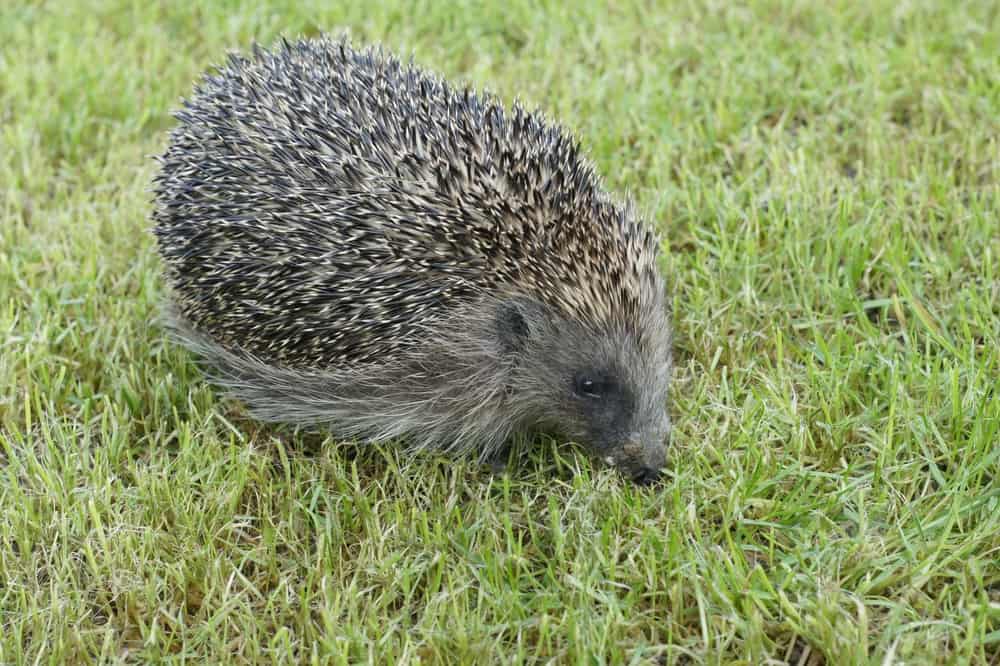 Scientific name (family): Erinaceidae
TL;DR: Hedgehogs resemble armadillos in general body shape. They also use an exterior layer of keratin to protect themselves from predators.

Hedgehogs are small, cute mammals, popular for being cute. While not native to the Americas, they are sometimes imported as pets, and they are invasive. For that reason, it’s often illegal to keep them as pets.

In addition, with 17 species of hedgehog, these mammals are quite diverse. Most are brown and very similar. However, you can also get white hedgehogs and large-eared or long-eared hedgehogs.

That means you can find a native hedgehog almost everywhere – unless you happen to live in the Americas.

Like armadillos, hedgehogs use an outer layer of keratin to protect themselves from predators. In hedgehogs, that keratin takes the form of dense bristles or spines.

Just like the armadillo, the hedgehog can curl into a ball, tucking all unprotected parts inside the safety of its bristles. 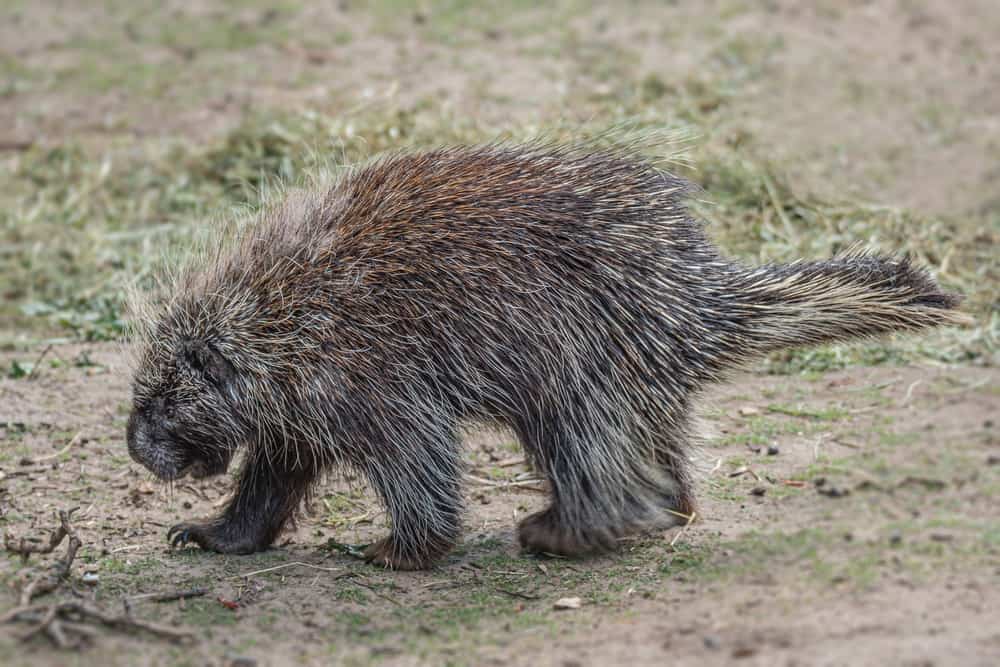 Scientific name (family): Hystricidae (Old World Porcupines), Erethizontidae (New World Porcupines)
TL;DR: Porcupines are rodents with an outer layer of keratin quills designed to protect them from predators. Like Armadillos, they curl into a ball, displaying quills first to any would-be attacker.

Porcupines are one of the world’s largest rodents. They’re also one of the only rodents with protective armor.

That “armor” consists of keratin-coated bristles that turn into spines. In addition, many porcupines actually produce acids at the end of the quills. That, plus barbs, can make those quills stick in the skin and they can lead to infection.

All porcupines use quills as a defense mechanism. However, all of them also use displays of raising quills to look more impressive. Then, they chatter with their teeth to make a loud sound.

Finally, porcupines emit an odor, similar to that of skunks. When that fails, they’ll normally run sideways or backwards into the predator, impaling it on their spines.

So, porcupines are much more aggressive than most other species on this list. But, they still use the same basic method of defense, of a keratin outer covering.

Anteaters are a diverse group of mammals native to South America and the Caribbean. Here, anteaters contain four species across three genera.

All of them are in the suborder Vermilingua, and are closely related to both tree sloths and to armadillos. In fact, anteaters are the armadillo’s closest living relatives.

Unlike armadillos, anteaters don’t have an armored covering. Instead, they have a thick coat of fur, which is shaggy in almost all four living species.

However, anteaters do share something else with armadillos. Both have long, curved claws, which are primarily intended for digging. With both species reliant on insects and foraging for food, it makes sense.

At the same time, even anteaters are remarkably different from each other.

The giant anteater can reach lengths of 5’11” and weigh over 100 lbs. The much smaller silky anteater is more likely to be about 14 inches long and weigh less than a pound. 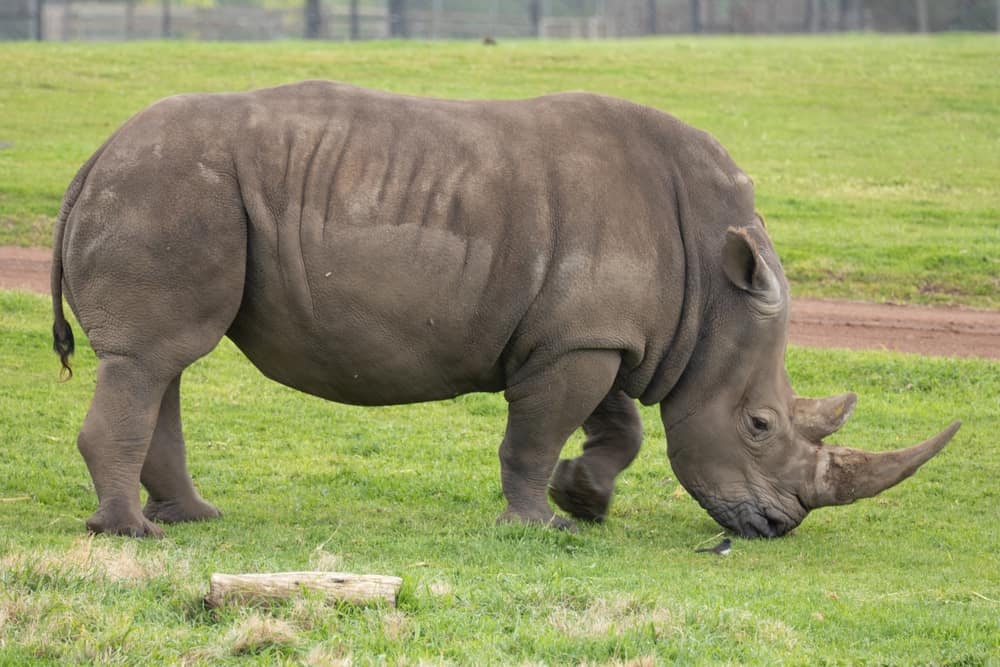 Scientific name (family): Rhinocerotidae (Family)
TL;DR: Both use heavy skin and keratin in defenses. The rhino simply splits these into a tough armor-like hide and an impressive horn.

Rhinos are well known for their horns, but you might not know those horns are made of keratin.

In addition, and just like an armadillo, much of a rhino’s defense lies in its thick skin. Of course, in a rhinoceros, that averages to about half an inch to over 2 inches of thick skin.

Like the armadillo, the rhinoceros also uses a structure of hide and cellulose to make up its hide. This allows it to create a dense and tough-to-penetrate outer layer, without giving up mobility.

Today, there are 5 species left alive. All of them are native to Africa, South, and Southeast Asia. And, most are endangered, with the Javan rhinoceros having less than 60 individuals left in the wild.

All rhinos are also megafauna, meaning they weigh over 1 ton as adults. That normally means they have far fewer predators than smaller animals like armadillos.

However, if something does try to attack them, they use that weight and their horns to deter those attacks.

Pangolins look more like armadillos than anything else on earth. In fact, if you weren’t sure what a pangolin was, you might mistake it for a weird armadillo.

However, these mammals, which are native to Asia and Sub-Saharan Africa, aren’t even related.

Pangolins are also the only mammal with scales. Those scales are made of a hard keratin layer, much like those in fingernails.

These also overlap each other, allowing for movement. In addition, they cover the full top of the body and the large tail.

Like armadillos, pangolins also curl up into a ball when threatened. The scales overlap to cover the full surface of the animal, giving them a very good defense from most would-be attackers.

Pangolin scales are hard to the touch. However, in newborns, those scales are soft. They harden over the course of a few days.

Finally, pangolins can live on the ground or in trees. With 8 different species, spread across 3 genera and two continents, pangolins can be very diverse.

However, all pangolins are threatened species.

There are plenty of animals that are similar to armadillos. In fact, except for the rhinoceros, every one of these animals eats insects and termites. Almost all of them also have long, curved claws, suitable for digging and climbing.